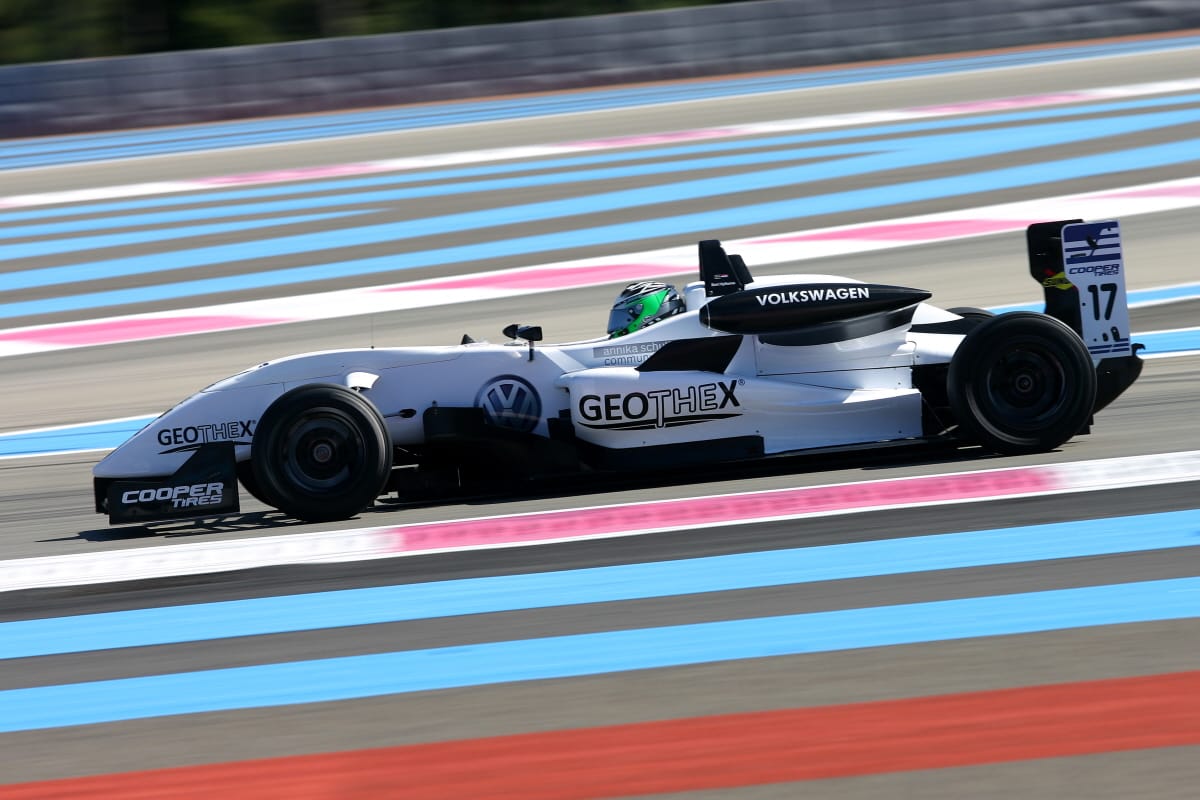 Bart Hylkema’s promotion to the British Formula 3 International Class appeared to be a rather unwelcomed one after Rounds 16 and 17 of the championship at the Paul Ricard HTTT. A pair of incidents ruled him out of both opening rounds before he could even turn more than 3 laps in anger. His bad luck looked to continue in Round 18 as well – the Dutchman forced to pit with a broken front wing – but a storming recovery drive from last to 8th place put a silver lining on his weekend.

Hylkema made the step up with the T-Sport team after dominating the Rookie Class and only rival, Kotaro Sakurai. Hylkema adapted quickly to the faster Dallara machine, qualifying an impressive 13th for Rounds 16 and 18.

His debut race was short-lived though, as hefty rear-wing contact put him into the pits and retirement. On the grid for Round 17, start-light confusion left several cars unsure whether to race or abort the start. In hindsight, Hylkema followed the correct procedure – the amber lights flashing before going green were no indication to stop, but were merely warning the drivers about the stalled Hywel Lloyd. Hylkema gained a few positions in the confusion, but then found the back of Felipe Nasr and had no chance of stopping in time. Hylkema nearly leap-frogged Nasr’s Carlin machine, causing huge damage to his front suspension before he’d even made T1.

Extremely impressive work from his T-Sport mechanics though, ensured that Hylkema was somehow back at 100 percent for Round 18. But once again, Hylkema was caught by a 4-car pile up at the start, damaging his front wing and forcing him to the pits yet again. A quick wing change and the deployment of the safety car though, allowed Bart to rejoin without falling a lap down.

At the restart, Hylkema put on a brilliantly aggressive display to climb into the top 10 by the final lap. Magnussen’s demise at the hands of Da Costa soon saw him classified 9th, before Da Costa’s penalty bumped him up another place to officially finish in 8th – a just reward for his exhausted mechanics.

Hylkema explained his view of the dramatic Sunday races: “Everything was normal before the start and then the red lights went out before flicking to yellow quickly and then they went to green. There were no yellow flags being shown, no delayed start boards so I left the grid as normal. Then some of the guys in front were really slow, I braked immediately but had nowhere to go and I hit two cars at high speed and was launched.

“After the race, Race Control apologised for the confusing start. It was very disappointing and caused massive damage to the car but the team did an amazing job to repair it for race three. The guys worked extremely hard to get everything fixed, I have to say a big thank you to them for such great work.”
“All in all it's been a very happy ending to quite an erratic weekend”, said Bart, “We definitely had good pace which we improved a lot over the course of the event and the third race was the best I have had this year for sure. The competition and fighting on track is what I love about racing and that's the reason I've made the step-up. I'm leaving Paul Ricard very satisfied.”
Despite only a few points – 3 out of 3 races – Hylkema finds himself 19th in the championship and 4 places ahead of other rivals after only 1 weekend. The Dutchman will no doubt be hoping for a smoother weekend in Belgium on 29-31 July.
Share