Jenson Button revealed that the team and himself are happy with the first day of running for the Australian Grand Prix in mixed weather conditions, completing a total of 29 laps over the two free practice sessions.

Button and team-mate Lewis Hamliton topped the time sheets in the first session as the track dried throughout the morning. “Even though it doesn't mean too much, it's always nice to start the season with the quickest time of the day” admitted Button. “Our car feels very different compared with the last test – the circuit is different and the average corner speed is a lot lower, but the car is still working well for me.”

Despite setting the pace in the morning Button believes there is still a lot more time to be found in the car.

“There are still a few areas where I think we can improve, and we didn't get as many laps in today as we'd have liked, but it's been a positive day. We did some set-up work this morning and then spent the afternoon understanding how the car reacts when running wet or intermediate tyres” he said. 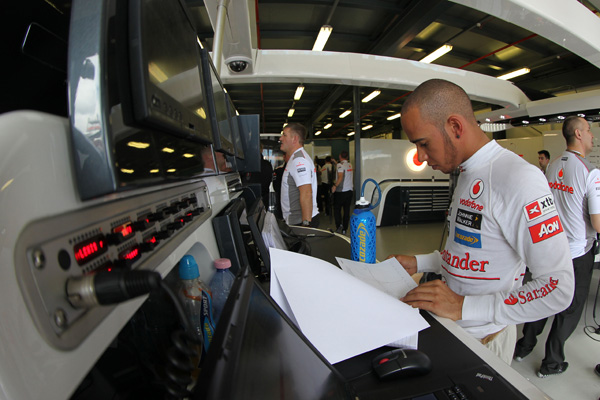 Hamilton explained the strategy the team adopted today: “We spent the morning making sure we could switch the tyres on. Then, in the afternoon, we didn't do any running in the wet because the forecast says it's likely to be dry for the rest of the weekend. In those circumstances, it's important to remain calm, look after the car and make sure we focus on the rest of the weekend. Tomorrow, it'll be important to get out early in the session and maximise our dry running so that we can work on set-up and make sure our car is in the zone.”

The 2008 world champion feels that his car is almost there and revealed that he sees Red Bull and Mercedes as their closest challengers.

“Our car feels there or thereabouts but, as in testing, we don't know the fuel-loads the others were running: it still looks close between ourselves, Red Bull and Mercedes. It's going to be interesting tomorrow – we'll get a better understanding of who's going to be quick.

“I'm massively excited to see how the rest of the weekend goes.”