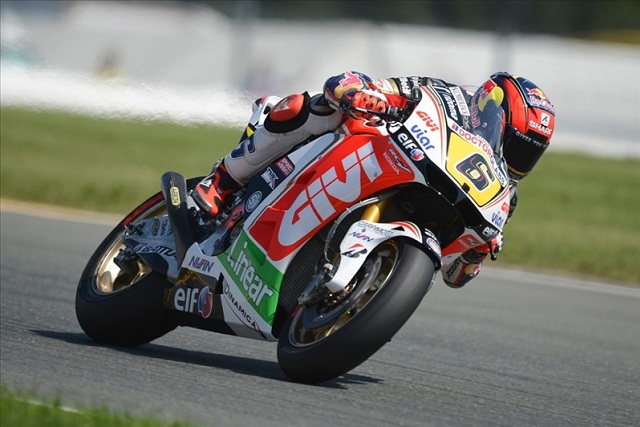 Stefan Bradl was satisfied at the end of Friday Practice at the German Grand Prix as he kicked off his first ever home race in the premier class. The LCR Honda rider almost created a sensation by topping the second session in the wet but missed out on beating Dani Pedrosa by 0.076s.

The home favourite was still an excellent second and showed promising pace in the dry too, going ninth quickest, less than a second behind Pedrosa at the front. Bradl still feels there is work to be done before he's totally happy with the RC213V but is comfortable with the current situation.

“It was a first crazy day because the weather was so unpredictable. This morning the sun was shining and we had very good track temperature but later in the afternoon it was pretty unstable with on and off rain showers. In those conditions it's difficult to find the proper set-up but at the end we made some little adjustments that helped me to get more feeling in the wet. Unfortunately we could not fine tune the bike in the dry because of the weather but in both conditions we are prepared. Second position looks fantastic and it's a good feeling for me and the Team but we keep our feet on the ground”.