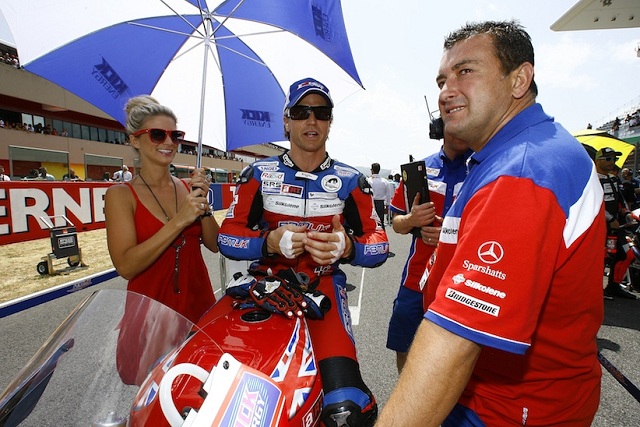 James Ellison claimed his fifth points finish in six races with another excellent performance on the Paul Bird ART machine at Mugello. The Briton was only beaten in the CRT class by the two Aspar riders, with Aleix Espargaro pipping him by a quarter of a second, and will look to continue his good form in the upcoming U.S.A double header.

“I really enjoyed the race. I got a really good start and was clinging onto to Rossi until near the end of the first lap but I folded the front and lost the tow and then got passed by Pasini whilst under pressure from Hernandez. I had a real good battle with Hernandez and managed to make a gap from him and start to pull in Pasini with a couple of laps to go. I had to pass him a couple of times to make it stick and thought 13th place was in the bag until Espargaro passed me down the start and finish straight. I pushed so hard on the last lap to stay with him and was glued to his back wheel until the end but just didn’t have enough to get past. My last lap was only a tenth of a second slower than my best so I was very strong at the finish and happy with more points. I’m looking forward to going to Laguna Seca in two weeks time to try to improve again but it’s been another great team effort this weekend.”

Technical Director Phil Borley thought the team had another successful weekend as they finished as the second quickest CRT squad and feels continued improvements to the package are contributing to that.

“James produced a good ride this weekend. We had a swinging arm modification which gave him a little more confidence and although there were times we struggled during the weekend, it all came together for the actual race. He got a good start and ran a good pace early on before dropping off a little but then he picked it up towards the end with some aggressive riding which saw him pick up places. Overall we are pleased as this was a satisfying round for us and we look forward to the Laguna race in the USA later this month.”