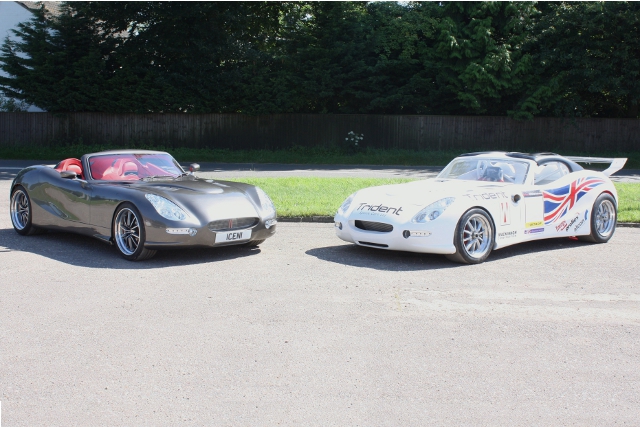 The Checkered Flag understands that a new British made GT could make its racing debut in the coming months, with the manufacturer of the Trident Iceni targeting Avon Tyres British GT, GT Cup and Britcar MSA British Endurance Championship grids in the short term.

The car is powered by a fearsome 6.6 litre turbo diesel engine – derived from that found in a Isuzu truck – that can power the road going version of the car up to a posted top speed of 190mph.

Based in Fakenham, Norfolk the company have pioneered a concept of 'Torque Multiplication'. Phil Bevan, managing director of Trident Sports Cars explains; “In every four stroke engine, every other stroke the engine uses fuel when it ignites so if you can slow down the revs by 50% you automatically slow down fuel consumption. With little engines with no torque, that being the thing that gets you off the line it's a fallacy that small engines are economical because they have to rev so hard to produce the power. So we've gone with the biggest engine possible – a 6.6 litre turbo diesel engine and with that engine we're getting better fuel consumption than the average one litre supermini.”

The team had initially entered the Britcar 24 Hours last season but were forced to pull out as they struggled to find a gearbox compatible with their engine. Now, having built their own gearbox, Bevan told The Checkered Flag that the car is ready to race.

With the aim of proving the car against the established names of Porsche and Ferrari Trident are initially targeting the Invitation Class of the British GT Championship, GT Cup and the British Endurance Championship, including September's Britcar 24 Hours with driver Alistair MacKinnon there are ambitions to take the car to Europe.

On show at Silverstone Classic powered by the AA the race car is fitted with FIA GT1 spec roll cage, with homologation for European racing planned. Furthermore, running on bio-diesel Bevan spoke of a desire to enter the car for the 24 Hours of Le Mans, filling the Garage 56 entry, potentially using fuel made from French crops.