PPIK And Ginetta Raise Over £9k For Children In Need 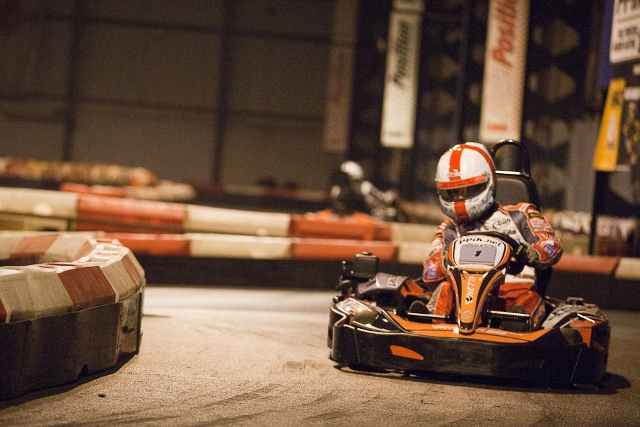 The first ever indoor 24 hour go-kart event in the UK saw eighteen teams battle it out, with a total of 180 drivers taking to the track.

The event was won by CFT Services, who completed a massive 1,975 laps of the circuit, with Coast to Coast finishing second and Riverside Recoveries in third, with Team Asda claiming the fastest lap. Adaptive Control from Shipley were the top fundraising team, raising over £2,000 alone.

Chairman of Ginetta Lawrence Tomlinson said: “It’s fantastic that we have been able to donate such a fantastic amount of money to such a worthy cause, many of our Ginetta Junior drivers start in karting, so it was great to see potential stars of tomorrow making some money for charity.”

Ben Hyland from PPiK added: “The standard of racing displayed by all competitors was superb, as was the support throughout the gruelling 24 hour race period. The new karts more than impressed, with just 0.8 seconds covering the fastest laps made by all teams and only failure was a throttle cable which is outstanding. A massive thanks to all involved and already looking forward to next year which will be bigger and better again”

After a set back, Mike Epps take a double podium at Donington Park

By Denis Hardy
2 Mins read
A double podium for Epps after failing to make race one.