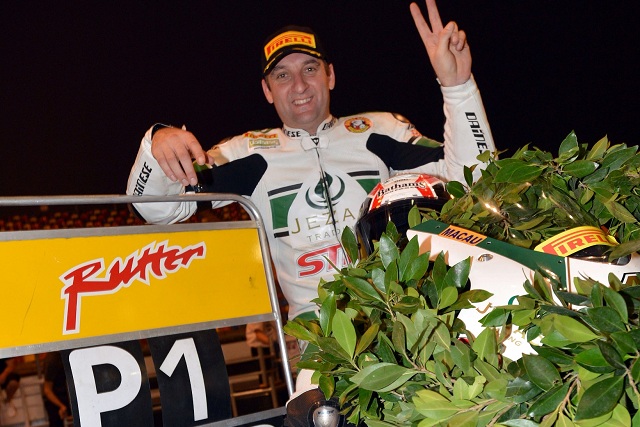 Michael Rutter moved further clear as the most successful motorcycle racer in Macau history by winning the 46th Grand Prix on the streets on Sunday. The 40 year old went into the race as favourite after topping both qualifying sessions and duly claimed a comfortable win by just under five seconds.

Rutter was beaten off the line by Gary Johnson but quickly regained the lead before cruising into the distance. Johnson was left to fend off the riders behind and was unable to prevent Martin Jessopp and Simon Andrews knocking him off the podium. Jessopp chased valiantly, setting the fastest lap in the process, but Rutter had the race well under control, enabling to take an historic eighth win.

“To get my eighth win here is just incredible, I love this event”, he said. “It was a tough race and Martin kept me on my toes but the Pirelli tyres continued to give great grip throughout the race, allowing me to keep pushing to the very end.”

It was also Pirelli’s fifth victory in as many starts at Macau and Pirelli UK Racing Manager Jason Griffiths was proud of the achievement.

“Michael made a great start and controlled the race throughout. He ran the same road race spec rear Diablo Superbike as last year, confident with its consistent performance and knowing durability would not be an issue and Martin took a deserved second with a slightly softer option. Our thanks go to the SMT Honda and Riders Ducati teams for their commitment to Pirelli.”

Behind the top three, Johnson was fourth after holding off a late challenge from Horst Saiger while Conor Cummins took sixth. Despite qualifying second, John McGuinness could only manage seventh with James Storrar, Dan Kneen and James Hillier completing the top ten.