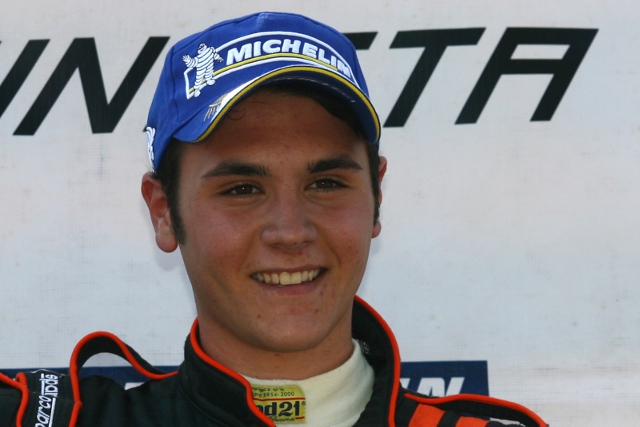 Pepe Massot will step-up into the Ginetta GT Supercup this season, remaining with Hillspeed for their first campaign in the series.

Massot ran with the Hathersage-based team last season, taking two race wins in the Ginetta Junior championship as he claimed the Rookie title in his maiden season of car racing. The Spaniard will now step up to a G55 for 2013.

“I am very enthusiastic about racing in GT Supercup”, said the 17-year-old, “Just a year ago, when we started our UK adventure, we didn’t know if we would reach the end of the Ginetta Junior season. Now I’ve already finished it and I’m focusing on a new challenge, it’s absolutely fantastic.

“This will be a very important year for me and, for sure, Ginetta GT Supercup is going to be very tough but with the experience we acquired in 2012 we hope it will be a great year. I have only had chance to drive a G55 once, in bad weather at Silverstone, and I really enjoyed it.”

“We were delighted with the superb performances he delivered during his debut season in Ginetta Junior with us last year,” added Hillspeed team principal Richard Ollerenshaw. “It’s been clear for a while Pepe wants to try and make a career in sportscars so the GT Supercup is the natural step for him. We feel Pepe will do an excellent job this season and we’re looking forward to a successful 2013 with him, our debut year in the championship.”