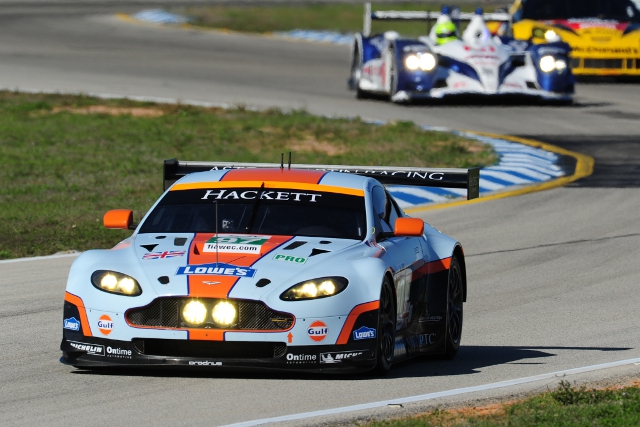 The American Le Mans Series heads to Sebring International Raceway this weekend for the first round of the 2013 season. Despite being left off the FIA World Endurance Championship calender the race will see a number of FIA WEC regulars taking part in the first race of the season including Aston Martin Racing.

theCheckeredFlag.co.uk has teamed up with AMR and #97 driver Stefan Mucke to bring you this video filmed in 2012 to give you an in-car experience of the classic 3.7 mile former World War II airfield circuit.

Join us as we ride on-board Aston Martin Vantage powered by the 4.5 Litre V8 engine, we were going to get Stefan to do a voice over for this preview, but we decided the awesome sound from the roar of the engine deserved to be uninterrupted.

Throughout the FIA WEC season we will be bringing you these exclusive videos as a taster of what is to come in the race, for now – sit back and enjoy 2 laps around the Florida circuit and see how it is done in America.

Keep a look out this week for the latest news leading up to the opening race plus full reports from the sessions over the weekend.