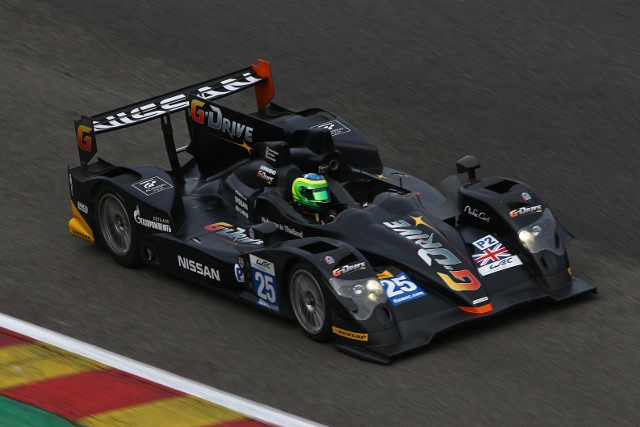 Archie Hamilton will start his G-Drive Racing by Delta-ADR from fifth in the LMP2 class in his first 24 Hours of Le Mans.

Hamilton, 22, put in all his required qualifying laps, experiencing the Circuit de la Sarthe in dry, wet and mixed conditions, including night running and now feels he is ready for the task ahead.

The 2013 24 Hours of Le Mans marks the sixtieth anniversary since his grandfather’s Le Mans victory, winning in a Jaguar C-Type.

“I’m ready for the race, I’ve been waiting for this since I was very young, it’s been my dream,” said the young Briton. “My family are here to support me which is great and I’m really looking forward to getting in the car for my first stint. Finishing would be amazing – anything more would be a bonus.”

Hamilton’s lucky orange has attracted attention at Le Mans this year, making a second bid for victory with Archie. The ageing fruit was on board the C-Type during the 1953 victory and has been kept ever since as a lucky mascot.