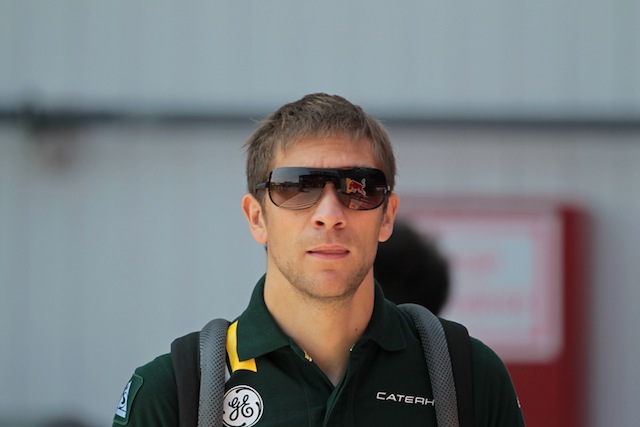 The world of racing never sleeps, and in the build up to and including the first venture onto Russian soil for the DTM in just over a fortnight, former Lotus-Renault and Caterham F1 driver, Vitaly Petrov, will be on hand to pledge his full support, with the first DTM race taking place in the capital city of his home country.

The build up starts this coming weekend with the Moscow City Racing spectacular, which will be held just outside the walls of the Kremlin on the iconic Red Square, where Audi’s Mike Rockenfeller, who currently leads the race for the title, BMW’s Andy Priaulx and ex-DTM driver for Mercedes, Ralf Schumacher, will represent the three premium brands currently competing.

All three will be joining Petrov in a press conference with the Russian media that cover the DTM, but will also be on hand to sign autographs for those willing fans in attendance.

Demo runs involving the three drivers will culminate in another historic moment during the Sunday itself, as Petrov will become the first Russian racing driver to get behind the wheel of a current DTM race car, taking over from Schumacher.

He will pilot the Mercedes-Benz AMG Coupe DTM, as the 57 F1 Grand Prix veteran is happy with the excitement that is building ahead of the race, and is “thrilled by my co-operation with DTM,” before saying something special may be happening for some lucky fans at the Moscow Speedway: “You definitely should attend the race from the 2nd to 4th of August. And who knows if you won’t be one of the lucky ones to win a lap with me on the Moscow Raceway.”

Yes, that’s right, ladies and gentlemen; Vitaly will also be on hand to give some lucky fans a lap at speed behind the wheel of a DTM car. Some way to bring the sport to the masses with such an impact, it must be said, especially with the heavy automotive links that all three premium brands share in Russia. Audi has shown that it has had an incredible year when it comes to retailing their wide range of cars to the general public, posting an increase close to 50% on sales as opposed to 2011.

“Race on Sunday, Sell on Monday” still helps the public to get behind the wheel of their chosen car they may decide to purchase, but every one has their own preference, as the DTM, with the help of a favourite Russian, will look to light up the Red Square and the Speedway up in style, no matter the outcome…