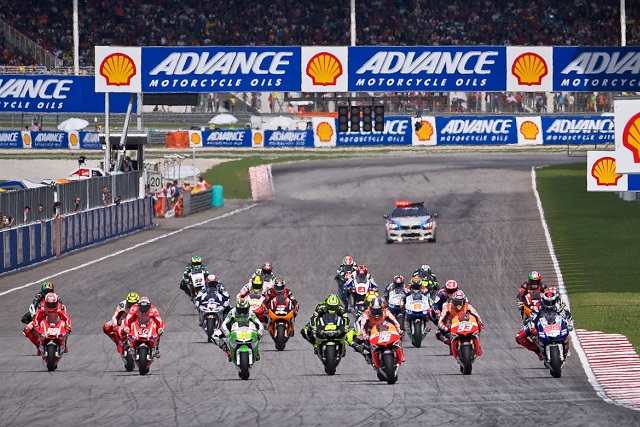 Sepang provided action and entertainment aplenty in all three classes with championships moving closer to being decided. From the multi-rider mayhem at the front of Moto3 to the violent accident at the start of Moto2 and the latest chapter in the Marquez-Lorenzo rivalry in MotoGP, the weekend certainly left us with a number of talking points.

With so much at stake in the closing stages of 2013, several riders produced stand-out performances and in the first TCF Power Five, we look at those who shone brightest of all.

Sunday’s Moto3 race saw history made as Ana Carrasco became the first female rider to score a point in a World Championship Grand Prix for thirteen years. The 16 year old has proven she belongs in Moto3 with a series of strong performances this season but points had continued to elude her in the ultra-competitive lightweight class, until now.

Qualifying had been her Achilles’ heel but after securing nineteenth on the grid, the platform had been built for a competitive race and after outdragging Francesco Bagnaia on the run to the very last corner, Carrasco brought her KTM home in fifteenth to make Moto3 history. Ana’s performance also brought some welcome cheer to Team Calvo who saw their other rider Maverick Vinales suffer a blow to his title chances. Time will tell as to whether Carrasco challenges for a championship one day but Sunday was certainly a step up the ladder.