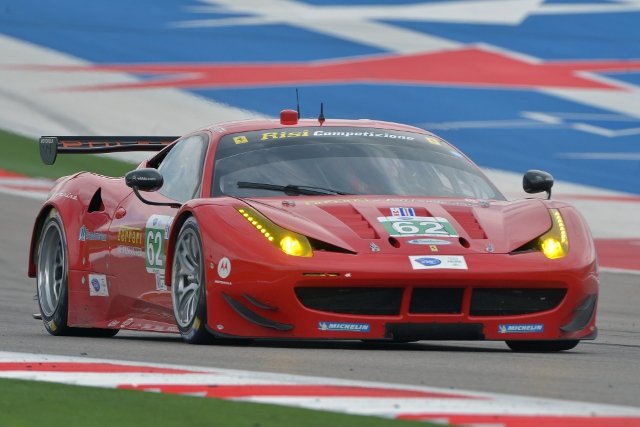 Despite it being his first visit to the track Matteo Malucelli was able to take second in class, just 0.14 seconds behind pole winner Maxime Martin. The result was the qualifying sport for the Ferrari team since May’s date at Mazda Raceway Laguna Seca, the team having suffered an uncharacteristic slump through the second half of the year.

“The track is like many others in North America, it’s quite narrow, fast and if you make a mistake it does not forgive you.” said Mallucelli. “I had a Viper in front of me during my first few laps which maybe cost me the chance of pole, but the car was good – especially on the new Michelin tires.”

It wasn’t all plain sailing for the team, running wide on his fourth lap the Italian damaged the gearbox of his 458 leaving oil all over the track and bringing out the red flag.

“I just went a little wide on my 4th lap but the curbs damaged the underneath of the car. We don’t think there is too much damage, and will look at making a change to the car to make it more stable for tomorrow’s race,” said Malucelli.

To see if Risi can take the GT win watch alms.com, Motors TV or @tcfsportscars tonight!