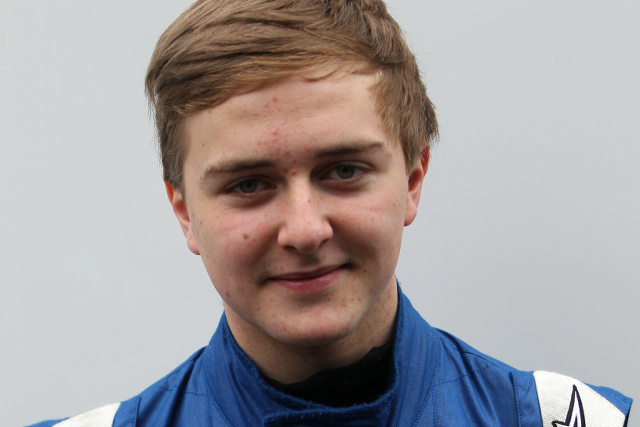 2013 Protyre Formula Renault ‘Autumn Cup’ front-runner Alex Gill has confirmed he is aiming to secure the budget to compete in the category full-time this season.

The 16 year old currently has five races in single-seaters under his belt, with two of those leading to podium finishes with MGR Motorsport during November’s ‘Autumn Cup’ event at Rockingham. He made previously made his car-racing debut in the 2013 main championship finale at Silverstone with Mtech Lite.

The 2012 MSA British KF3 Karting champion had considered a graduation into Formula Renault 2.0 NEC after a strong test with MGR in Valencia late last year, but budget restrictions has ensured his focus is firmly on securing a place in the British category for 2014.

Despite not confirming a drive yet for the season, Gill will be out testing next week at Snetterton with Fortec Motorsport.

“I’m really looking forward to testing with Fortec and being back out in a Renault, it’s the best car at this level and I want to continue my progression in single-seaters in the Protyre championship.  We still need to attract more commercial support to be able to finalise a deal for the new season, hopefully a strong test run will help us,” said Gill.