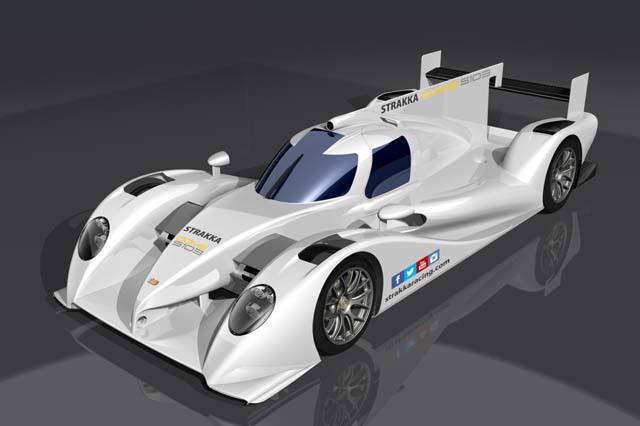 Strakka Racing has confirmed its all-British lineup ahead of the 2014 World Endurance Championship season.

Joining forces for the fifth consecutive year, Nick Leventis, Danny Watts and Jonny Kane will take turns behind the wheel of the DOME Strakka S103. The trio will compete in all eight rounds of the WEC, meaning Strakka Racing will compete in its seventh successive 24 Hours of Le Mans.

“Strakka Racing has the stability of a consistent team and that will play to our advantage in the 2014 season,” explained Watts. “Last year’s highlight of winning the LMP1 Privateers’ award at the 24 Heures du Mans is a reflection of Strakka Racing’s ambition. We know each other inside and out, and we’re looking forward to building on both our LMP1 and LMP2 experience with our sights firmly set on consistent podium finishes.”

Strakka won the LMP1 Privateers’ trophy at the 2013 running of the 24 Hours of Le Mans, but will return to LMP2 competition for the 2014 season. The team has success in the class, however, having won the LMP2 Trophy at Le Mans in 2010, as well as finishing runners-up in the European Le Mans Series in 2010 and 2011.

“This year is a new challenge for Strakka Racing,” said Leventis. “We’ll be fighting against strong and established teams in LMP2 prototype racing, but we’re confident in the development of the DOME Strakka S103. Our previous success in the class certainly makes us determined to win similar accolades and achieve the best possible result at each race, yet with the strength of other competitors on the track it won’t be an easy task.”

“Throughout the winter season we’ve spent a lot of time in our internal simulator working alongside Strakka Performance developing the DOME Strakka S103 to try to optimise our set-up ahead of testing and the first race,” concluded Kane. “When the season begins and we’re racing on-track against some of the leading teams, we’ll have access to in-depth data, and based on what we know at this stage, we’re in for a very exciting season.”