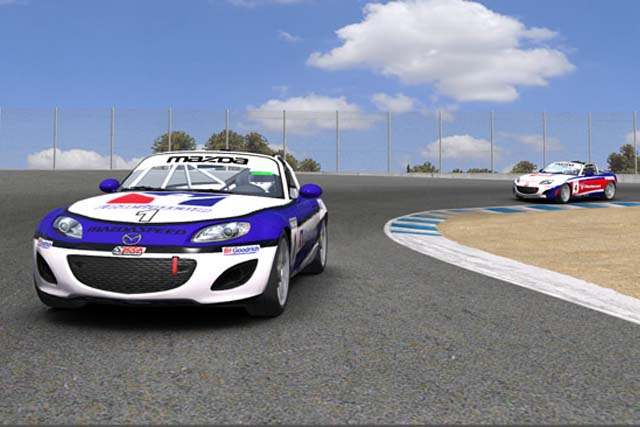 Mazda has announced a new partnership with iRacing, creating the latest addition to its driver development programme.

Mazda Motorsports currently has over 9,000 club racers in the US, most of whom race the MX-5 Miata, while iRacing has more than 50,000 worldwide members, with the majority having driven the in-game Mazda MX-5 Cup car.

With the new partnership, the best online competitors in North America competing in the 2014 iRacing Mazda MX-5 Cup will be given the opportunity to race a real Mazda MX-5 Cup at the Mazda Club Racing Shootout in the autumn. The winner of the shootout will earn a Mazda Motorsports scholarship for the following year’s Mazda MX-5 Cup.

“As racers know, iRacing is more than a game,” said Director of Motorsports for Mazda North American Operations, John Doonan. “It is an amazing simulation tool for a driver to learn new tracks and keep in top mental shape away from the track. We’re thrilled that we can further expand our driver support program to include even more potential champions.”

“The partnership between Mazda and iRacing is a natural,” added president of iRacing.com, Tony Gardner. “As we all know, more MX-5s are road-raced on any given weekend than any other model of car. What’s also true is that, on any given day, more MX-5s are sim-raced on iRacing than any other car. Not only does this partnership offer exciting opportunities for our many members who are aspiring racers, it will also enable Mazda teams to tap into a deep pool of new driving talent.”

By Josh Disborough
5 Mins read
Codemasters are back with their next Formula one game based on the 2020 season and have definitely got off to a flying start.
Porsche Carrera Cup GBSim Racing