Rossi and Caterham Lead Day One of Bahrain Test 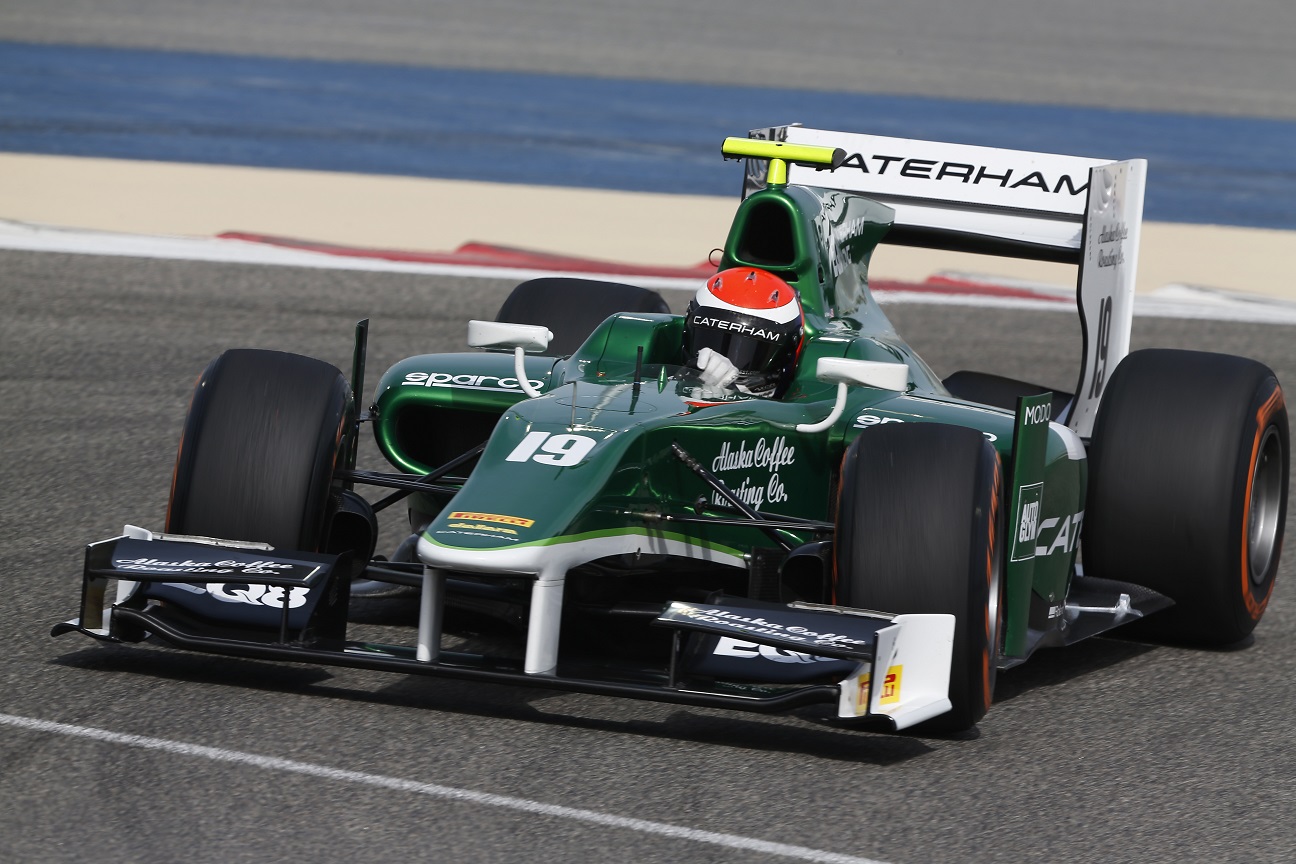 Rossi’s lap of 1:40.604s was only 0.012s ahead of German driver Abt, while New Zealander Evans was only 0.076s behind the American.  Twenty-one of the twenty-six drivers were within one second of the fastest time of the day, and everyone was within 1.7 seconds.

Another American, Conor Daly, was fourth fastest overall for Venezuela GP Lazarus, and has made his case for getting the drive for the upcoming season stronger.  Daly, along with Jon Lancaster at MP Motorsport and Vittorio Ghirelli at Trident Racing are all unconfirmed for the 2014 season.

Takuya Izawa and Simon Trummer caused red flags during the day, with the ART Grand Prix driver Izawa stopping on track while Trummer of Rapax hit a kerb at turn ten and ground to a halt.