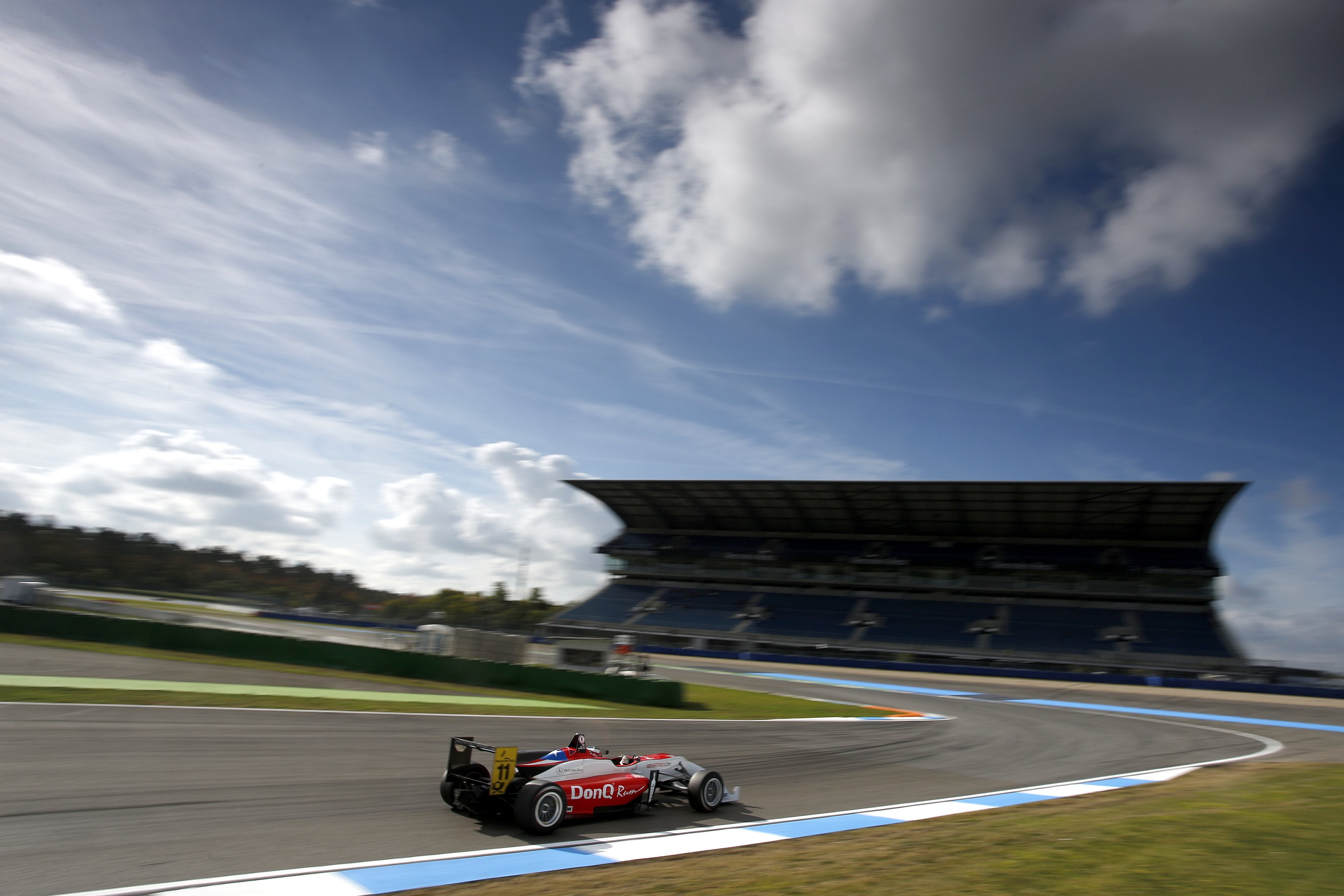 The Silverstone weekend of the FIA European Formula 3 championship showed that the rookie class of 2014 are not ones to be taken lightly. Two of them – Esteban Ocon and Antonio Fuoco – are already race winners, while another – Max Verstappen – has already stood on the podium. The series returns for round two of eleven at the Hockenheim circuit in Germany as support to the DTM series.

Seventeen-year-olds Ocon and Fuoco, who both drive for Prema Powerteam, currently sit at the head of the championship standings after the British round, but despite rookies taking six of the nine podium places on offer, other more experienced drivers also showed they were up for the fight. British driver Tom Blomqvist won the first race of the weekend for Jagonya Ayam with Carlin, while Canadian Nicholas Latifi (Prema Powerteam) and another Brit Jordan King (Carlin) both managed podium finishes.

The impressive Verstappen is just sixteen years of age and in his first full season of single-seater racing, but the young Dutchman has already proved that he was ready to make the massive step up from karting to F3 was the right decision.

“Hockenheim is a beautiful circuit and I like racing there,” said Verstappen to the official European Formula 3 website. “It has got several fast corners offering you the chance of gaining an advantage. Furthermore, my team, Van Amersfoort Racing, has been really fast at Hockenheim in 2013.

“It’s my goal to tie in with my Silverstone performance, there, or even up the ante. It would be fantastic if I could celebrate my first win at the wheel of a Formula 3 car.”

Swedish driver Felix Rosenqvist of Mücke Motorsport endured a torrid weekend at Silverstone, but has happier memories of Hockenheim. The twenty-two-year-old secured two victories and a second place on his last visit to the track at the end of 2013, while his 2014 team-mate Lucas Auer secured a couple of podiums. The team will be hoping for a more competitive weekend in Germany.