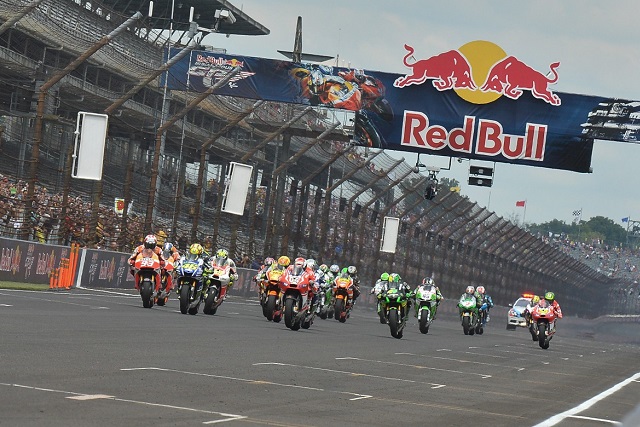 The results pages don’t come close to doing Scott Redding’s performance at the Indianapolis Motor Speedway justice. The British rookie was phenomenal. The signs were there throughout free practice that something special was coming with Redding rising as high as third towards the end of FP1 before qualifying brought something of a breakthrough.

Redding gave away over 16km/h down the straights

With two places in the pole position shootout up for grabs, many were looking towards Ducati’s Cal Crutchlow and Redding’s GO&FUN Gresini teammate Alvaro Bautista, running the factory-spec Honda RC213V, as the favourites to advance from Q1. Scott had other ideas though and finished fastest of the lot, lapping almost half a second quicker than his teammate’s far superior machine, and booking his place in Q2 for the first time.

Scott continued to shine in the Grand Prix itself and engaged in a thrilling battle with compatriot Cal Crutchlow which would ebb and flow throughout, Redding gaining the upper hand through the corners only to see the Ducati GP14 motor past again on the straights, and although Crutchlow would eventually prevail in their fight for eighth spot by 0.711s, Scott’s performance with such a top speed disadvantage (right) will surely ensure he joins Cal on a satellite RC213V next year.

To best illustrate how impressive Redding was in Indy, you only need to compare him to the other riders on production Hondas at the Brickyard. In combined free practice, he was 0.502s clear of his nearest rival on equal machinery, an advantage that increased to 0.918s in Q1. If that wasn’t dominant enough, Scott was the leading open rider home in the race. His margin of victory? 15.253 seconds. Enough said.