Enge Bounces Back to Claim Portimao Pole in G-Drive Lamborghini 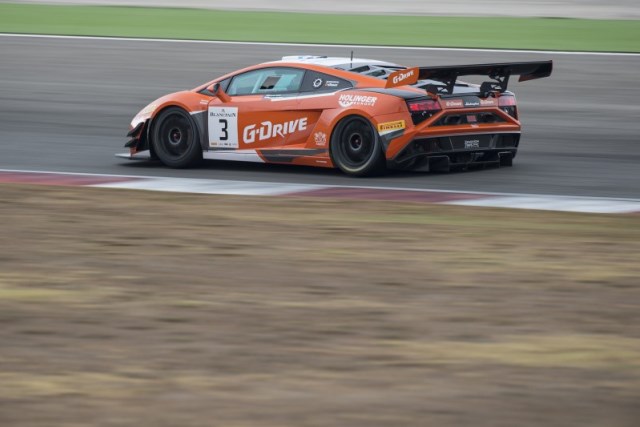 Tomas Enge rebounded from his spectacular crash at the Slovakia Ring two weeks ago to top Blancpain Sprint Series qualifying at Portimao in the new G-Drive Racing Lamborghini entry.

The Czech driver, joined from this weekend by former Audi driver Roman Rusinov and his Russian backers, set a time of 1m42.589s in the Q3 session to beat the similar Gallardo of Grasser‘s Jeroen Bleekemolen.

Rene Rast took third in the #2 WRT Audi, ahead of Maximilian Buhk, who has returned alongside championship leader Maximilian Gotz in the #84 HTP Motorsport Mercedes after the case that saw him suspended for Slovakia was dropped.

Two more WRT Audis will share row three on the grid for the qualifying race in the form of the #1 of Laurens Vanthoor and the #9 of Stephane Ortelli.