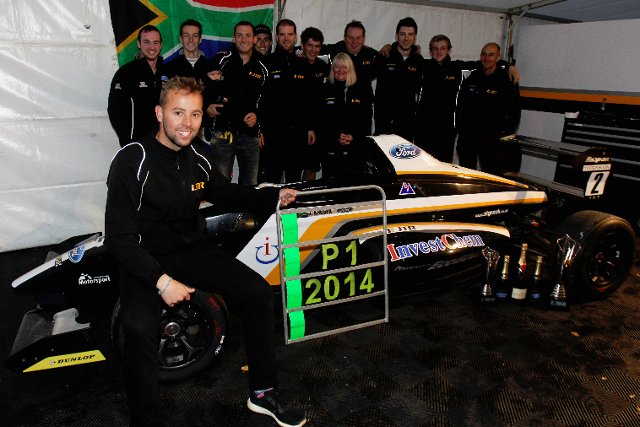 Jayde Kruger has been confirmed as the 2014 Dunlop MSA Formula Ford Championship of Great Britain champion after the Motor Sport Association’s national court ruled against Falcon Motorsport’s protest this week.

Kruger and his chief title rival, Falcon’s Harrison Scott, came to blows in race two on the final weekend of the season at Brands Hatch GP, with Scott eliminated from the race while Kruger went on to win.

Originally, Kruger was stripped of his points from the race by the clerk of the course, but they were reinstated on appeal from his JTR team. A protest from Falcon took them to the MSA court, but their appeal was unsuccessful.

This means the results for the race are now declared final, meaning the 30 points Kruger has for race victory confirm him as the last Formula Ford champion by six points from Scott.

“It’s been a long season that’s been dragged out a little longer but to think I’ll be the last ever Formula Ford champion, that’s a big thing, and I’m happy to make it three titles for JTR as well.”