Brendon Hartley: “This year we are continuing to push”

Last year, Brendon Hartley stepped into his most important role yet. Having spent several years trying to break into Formula 1 the New Zealander decided to turn his attention to sportscars, a move that would eventually lead to an LMP1 race seat with the Porsche factory team. Now he’s entering his second season in the FIA World Endurance Championship, with the intention of furthering the experience he gained during a promising debut campaign.

“Last year we massively exceeded expectations”, Hartley told TCF. “This year we’re continuing to push, and about 90% of the car is new. The design is an evolution from last year, so we’ve kept the same concepts and improved them in all areas for this season.”

The 2015-spec Porsche 919 Hybrid features the same turbocharged V4 petrol engine set up as last year, which provides power to the rear wheels. A lithium-ion battery is used to store energy recovered from the front axle and the converted exhaust gas energy. While the core of the 919 is unchanged, continued development (particularly in the aerodynamic department) has allowed the team’s engineers to extract around three seconds more from the car than last year. At last month’s Paul Ricard test all Porsche drivers recorded lap times under the 1 minute 39 barrier, a feat that no other manufacturer could match.

“Because the concept is the same as last year driving the 2015 car is not too different to the 2014 one,” said Hartley. “However, we’ve made improvements in all areas so now we’re a lot quicker than we were this time last year. We have made great steps but so have our competitors, so we’re expecting a very close, hard fought race at Silverstone.”

“The cars are at the very top end of technology,” he added. “We’re still developing as we speak. These cars are the most advanced in the world, especially with Porsche being so ambitious and bold going into the 8MJ class. While it’s very complicated it’s very interesting and I think we’re going to see all this technology in the next few years being used in future sports cars, which I think is great to be a part of.” 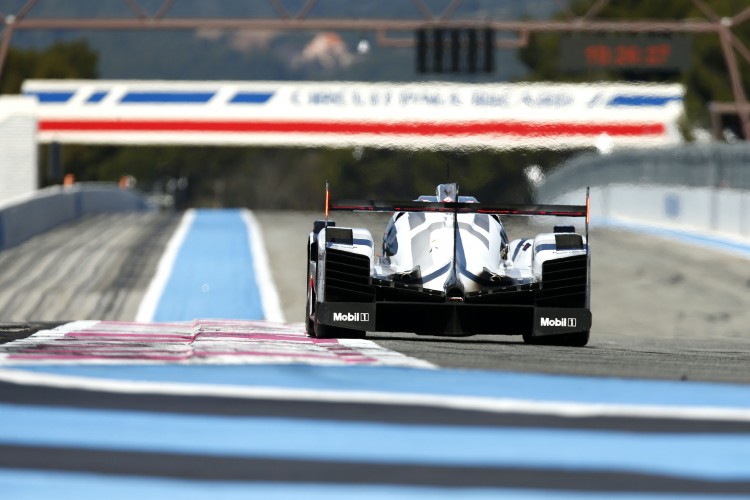 Like any other endurance driver, Hartley has set his sights on victory at Le Mans. Last year the #20 Porsche driven by Hartley, Mark Webber and Timo Bernhard was on course for a surprise victory, only for the car to stop on track with Webber at the wheel just two hours from the finish. Although disappointing, the experience now serves as motivation for Hartley to help improve the team’s result in 2015.

“I think we’re absolutely going to be in the running at Le Mans,” he said. “Last year of course we came up short after 22 hours, so like in any previous edition of Le Mans anything can happen. It was pretty heart breaking last year to be so close to the finish, but there are so many highlights from that race – I mean, I led the Le Mans 24 Hours in a Porsche! It was the biggest moment of my career and so I’d like to go one step further this year and stand on that podium.”

With the incessant development of the 919 Hybrid moving into the final weeks of the off-season, Porsche’s 2015 FIA WEC ethos will be far less conservative than last year. This has undoubtedly whetted Hartley’s appetite for the upcoming 6 Hours of Silverstone, as he and his team-mates will finally be able to compare the 919’s more aggressive race pace against the other manufacturers.

“It’s all constantly developing – both the concepts and the ideas, and I don’t think that will ever change. We’re all ready to go racing again: it always feels like the breaks are far too long so everyone at Porsche is really excited to be back and to take the fight to our competitors.”

The 2015 FIA World Endurance Championship gets underway with the 6 Hours of Silverstone on April 12.