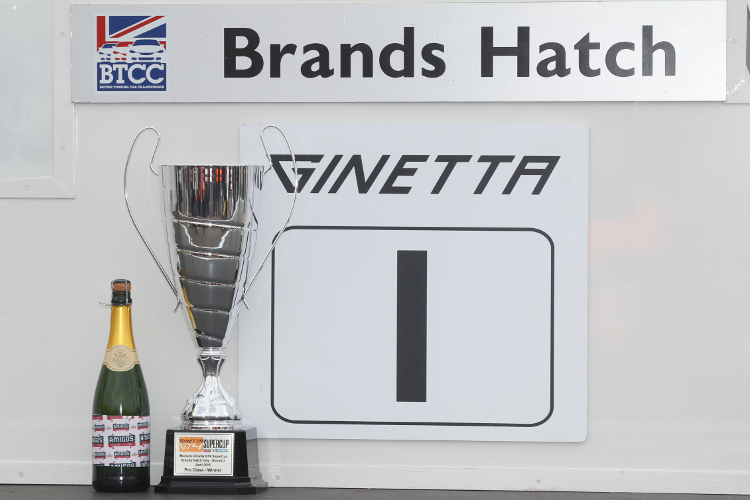 It proved to be an action-packed opening meeting of the 2015 TOCA season at Brands Hatch, as MSA Formula launched its inaugural campaign alongside the Ginetta Junior Championship, Renault UK Clio Cup, Michelin Ginetta GT4 Supercup and Porsche Carrera Cup GB.

A number of drivers got their seasons off to a great start over the Easter weekend and here at TheCheckeredFlag.co.uk, we’ve picked out our drivers of the weekend from each championship:

Norris headed into the Brands Hatch weekend with a lot of expectation on his shoulders, courtesy of his world karting title last year and an extensive testing programme with Carlin over the winter, and the 15 year old certainly delivered in the first-ever MSA Formula race meeting.

After qualifying on the front row, Norris made history as the first ever race-winner in the category with a lights-to-flag success. He repeated the trick in the final race of the weekend to come away from the season opener with the championship lead.

Like Norris, there were high hopes for 2013 Formula Ford champion Cammish as he returned to Brands Hatch to start a full Carrera Cup GB campaign after a superb race-winning debut in the 2014 season finale at the Kent venue.

Like Norris, Cammish delivered with a pair of race victories to make it 27 wins in his last 28 TOCA races. The opening win came in convincing lights-to-flag style, before he pressured experienced racer Stephen Jelley into a mistake to snatch the race two honours.

When we wrote down a list of potential race-winners at the start of the Supercup season, it’s fair to say Somerfield’s name wasn’t near the top of the list as he entered his fourth year in the category, but the privateer surprised us all at Brands.

Despite only driving his new, ex-Jamie Orton G55 for the first time in qualifying, Somerfield used some superb launches off the line to propel himself to a pair of top five finishes, before holding off former champion Carl Breeze for a stunning victory in the reverse grid race three.

Like Somerfield, Monger wasn’t one of the names we put down as one to watch this year, but the 15 year old has certainly thrust himself into the spotlight with a superb start to his second Ginetta campaign.

The JHR ace worked his way from third on the grid to the lead within two laps of race one, a composed drive seeing him lead the duration for his maiden win. He went on to lead race two from pole until the final corner of the last lap, with only a robust move from Jamie Caroline denying him a Brands double his performance deserved.

While Ant Whorton-Eales may have taken the only race win on offer at Brands, it was Sutton who captured everyone’s attentions with a sensational Clio Cup debut following his move from single-seaters.

After setting the pace in pre-event testing on Friday, Sutton topped qualifying as well, and went on to lead almost all of the weekend’s only race. While Whorton-Eales denied him a debut victory by 0.287s at the flag, Sutton had certainly showcased why BTCC outfit Team BMR have backed him.

By Maurice Henry
4 Mins read
Oulton Park and Knockhill proved to be eventful for Ginetta Junior racer Maurice Henry as he continues to make his way up the grid in his debut year.
British F3F4 British Championship