PREVIEW: Clio Cup Title Fight Heats Up Ahead Of Croft 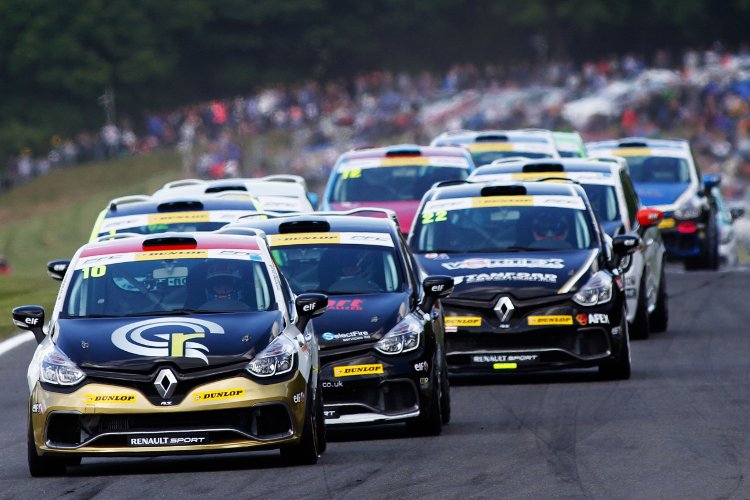 Following a dramatic, action-packed visit to Oulton Park three weeks ago, the Renault UK Clio Cup heads north to Croft this weekend for a potentially explosive chapter in the 2015 championship battle.

The top two in the points heading to Yorkshire are Ant Whorton-Eales and Ash Hand, with tensions increased between the two after contact in the second Oulton encounter led to Whorton-Eales being stripped of the race win in Hand’s favour.

Whorton-Eales still maintains a 21 point championship lead though, with a pair of seconds at Oulton making it seven podium finishes in the first eight races for the SV Racing ace, however Hand heads into the weekend as the form driver on the grid with four wins in the last six races.

Hand’s Team Pyro stablemate Ashley Sutton saw his title challenge take a blow at Oulton when a heavy meeting with a tyre stack in race two forced a first retirement of the campaign. He’s sure to be back in the battle for wins at Croft, as he aims to add to his early success at Brands Hatch.

WDE Motorsport’s Paul Rivett notched his first win of the year in the Oulton opener to cement fourth in the standings, and the three-time Clio champion is keen for more success this weekend as he tries to end a winless run at Croft that stretches back to 2008.

It’s Jordan Stilp however who arguably heads to Croft as the driver to beat, having established himself as something of a specialist around the circuit in recent years. The 20Ten Racing ace scored a double win there twelve months ago, something he’s keen to repeat this time around.

Both will be hoping to get themselves in the thick of the podium fight this weekend, while aiming to fight in the top six will be Pyro’s Brett Smith, the ever-improving Team Cooksport duo of Rory Collingbourne and George Jackson, and JamSport’s Dan Holland.

In the Masters Cup meanwhile, Mark Howard is the runaway class leader at present – thanks mainly to being the only driver in the class to be present for each meeting so far. His main challenge at Croft will come from Graham Field, whose confidence will be high after carding a first class win at Oulton.

The grid will be boosted for the trip north by two returnees, with local racer Paul Donkin making his second Clio outing with SV Racing, his debut having come in the 2014 season finale, while Peter Felix is believed to be making a first Clio Cup appearance since 2013 with 20Ten Racing.

Full championship standings heading into the weekend can be found here.