Arthur Pic: “I really hope we can rectify the situation” 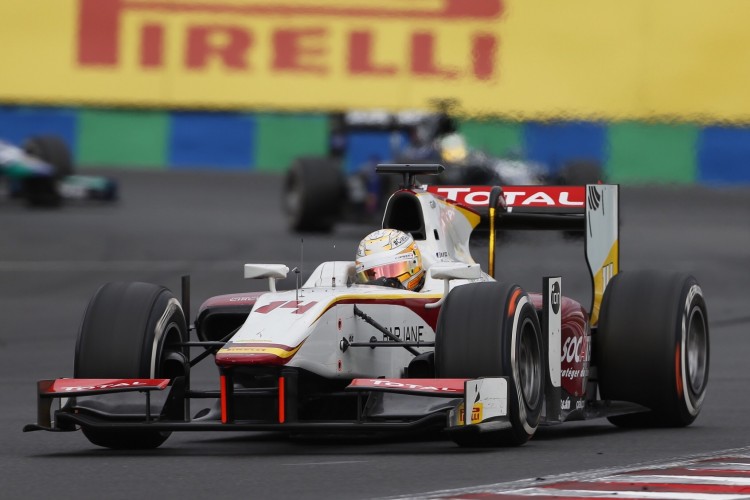 Arthur Pic believes that an issue during his pit-stop in Saturday’s feature race denied him the chance of getting onto the podium at the Hungaroring. The 2014 feature race winner in Hungary, was in contention for the podium until a pit-stop saw him tumble down the order to then come home 13th.

Pic’s Campos Racing mechanics had trouble with the rear jack meaning that they were unable to change his rear tyres until they had finally resolved the problem, but by this point, the Frenchman had dropped places and that also meant his chances of regaining himself in the following day’s sprint race were also compromised around the tight and twisty Hungaroring.

The weekend started off well for Pic who was strong in both Friday free practice and qualifying, which saw him qualify third only a tenth shy of pole position.

“Once again we suffered bad luck during the Feature Race, which completely destroyed the weekend as a whole,” said Pic afterwards. “And it’s even more frustrating that we were again very competitive. In fact, during qualifying my combined best splits from across all three sectors added up to the fastest lap of all.”

“I made a good start on Saturday afternoon and was leading those drivers who’d opted for the soft tyres. Unfortunately, the problem in the pits cost us five or six seconds and I found myself stuck behind Rossi, whose pace was quite slow. This accelerated the degradation of my tyres and penalised me at the end of the race. Without the pit-stop issue we could have finished on the podium and then started the Sprint Race in the top-eight.”

So far this season, Pic has seemingly struggled on Saturday’s which has then had an impact on how the Frenchman has performed over the rest of the weekend and this has also had a big effect on his overall results.

“We’ve been really unlucky on Saturdays over the first half of the season,” he continued. “And when you realise how badly that’s impacted on the weekend’s overall results. The performance is very clearly there, but it’s not been converted into championship points. I really hope we can rectify the situation during the second half of 2015.”