Andy Priaulx admitted to TCF that he is “loving” his return to the Dunlop MSA British Touring Car Championship, just 18 races into his comeback trail in the UK’s premier tin-top series.

The Guernseyman has thrived since his return to the BTCC for the first time in 13 years, next heading to a Knockhill circuit he last won at in the UK back in 2002, when racing for Honda’s works outfit.

A pole position came his way as early as the opening round of the 2015 season at Brands Hatch, while late June saw a maiden victory in West Surrey Racing colours arrive at Croft.

Aside from his impact made with the reigning Team Champions, the triple World Touring Car Champion sung praise of the old fashioned, hard-fought nature of the series, as well as the support from those flocking to the UK circuits.

Speaking at Snetterton to The Checkered Flag about his return to UK soil, a smiling Priaulx said: “I’m loving it. Really good fun.

“There’s no politics, you just get your head down and do your own thing. It brings good crowds to good circuits and I’m having fun.”

The racing entertainment of BTCC has grabbed Priaulx – Photo: btcc.net

Priaulx’s efforts in recent meetings have elevated the BMW driver up to seventh place in the Drivers’ Championship, although a potential title tilt may be quashed by his planned absence at Rockingham while on sportscar duties.

While Priaulx is expected to miss the visit to Corby across the weekend of 5/6 Septmber, he says that his consistent front-running pace this season is mere bragging rights that show what potential is there for 2016.

“I’m not trying to win the championship this year”, admitted the BMW man when asked on how he could help WSR in the title race.

“If I hadn’t have had those incidents towards the start of the year, like facing the wrong way at Thruxton and a couple of mechanical failures, then we’d probably be right in the hunt at the front.

“I’m just trying now to get onto a position where I can at least say ‘I could have gone on and won it’.”

Priaulx’s last two meetings have made him the form man in the series, with four podium visits and no finish worse than fifth in the last six races.

Now seventh in the championship, Priaulx’s form from the last six races covering both Croft and Snetterton has been better than all his rivals on the grid, scoring 93 points compared to series leader Jason Plato‘s 74.

The tally is also double that scored in the same six races by former championship leader, Gordon Shedden, who along with Honda team-mate Matt Neal had a nightmare weekend at Snetterton plagued by incidents.

Priaulx himself admitted the Norfolk venue was not expected to be BMW’s strongest circuit, Sam Tordoff still picking up solid points for WSR ahead of their eagerly-anticipated visit to Knockhill, where BMW have won no fewer than five times in the last nine races in Fife.

“I’m only interested in qualifying well and winning races this year – the rest is for next year”, Priaulx added.

“I’m expecting anything though!” 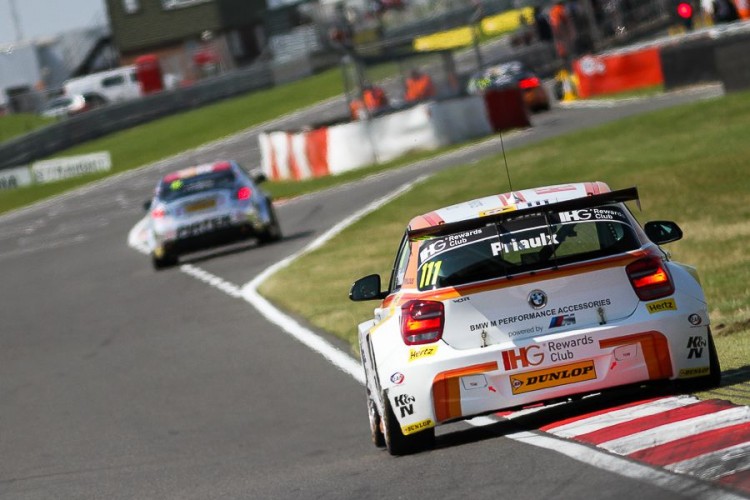