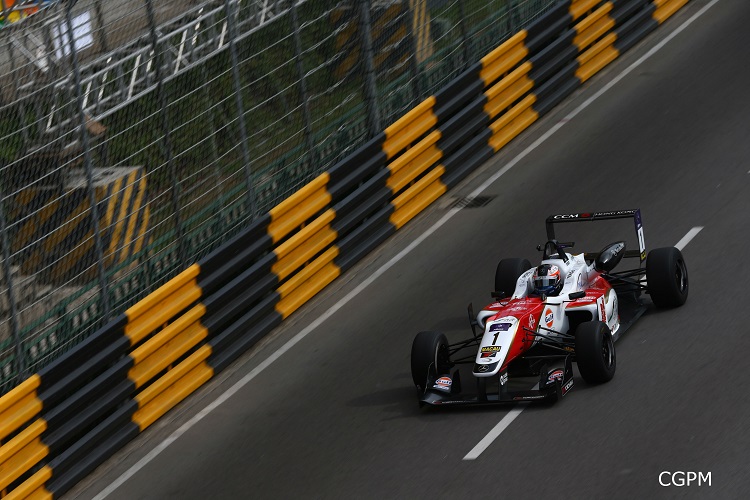 Felix Rosenqvist inherited the victory in the qualification race for the Macau Grand Prix on Saturday, and although he admits it was not ‘the most exciting’ way to take victory, he believes it puts him in a great position for the main race on Sunday.

The SJM Theodore Racing by Prema Powerteam driver took top spot after on-track winner Antonio Giovinazzi, who had drifted passed Rosenqvist after the safety car restart, was handed a twenty-second penalty for causing a collision with Daniel Juncadella that had caused that safety car.

Rosenqvist was utilising a different tyre strategy to his rivals, and his pace towards the end of the race saw him pressurise Giovinazzi for the on-the-track victory, but he was forced to settle for finishing behind the Italian.

“I had a very good start, but when the safety car came I knew it would be difficult to keep Antonio behind, and he got me quite easily,” revealed Rosenqvist.

“I was having a lot of sliding from the car early on, so I was just waiting to see if I had a different tyre strategy to the others, and when it improved I picked up the pace.

“Taking the win after finishing second is not the most exciting way to do it, but it’s good for tomorrow.”