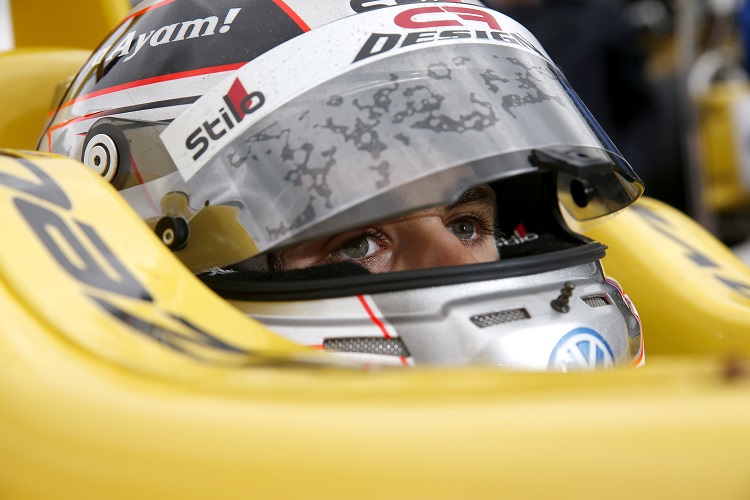 Antonio Giovinazzi led the way for Jagonya Ayam with Carlin in the opening free practice session for this weekend’s Macau Grand Prix.

The Italian racer, who finished second in the FIA European Formula 3 Championship standings in 2015, set a time of 2m13.829s as drivers up and down the 28-car strong paddock acclimatised themselves to the track, with Felix Rosenqvist, the driver to deny Giovinazzi the title, placing second.

Rosenqvist, the defending champion of the Macau Grand Prix after dominating the event in 2014, was more than seven-tenths of a second back in second place in his SJM Theodore Racing by Prema Powerteam entry.

Markus Pommer was third quickest for Motopark as European Formula 3 entries filled the top three in the session, but Japanese Formula 3 stars Kenta Yamashita and Yuhi Sekiguchi rounded out the top five for TOM’s and the B-Max Racing Team respectively.

Yu Kanamaru, a late addition to the race at the Carlin team in place of George Russell, was sixth fastest, ahead of the second TOM’s entry of Japanese Formula 3 champion Nick Cassidy, who in turn was just ahead of Ferrari Driver Academy driver Lance Stroll in the second of the three Prema machines.

Mitsunori Takaboshi was ninth for the B-Max Racing Team, while Alexander Albon completed the top ten for the French-based Signature team.

The session had to be red flagged twice due to crashes, with Jake Dennis of Prema Powerteam and Carlin’s Red Bull-backed Callum Ilott both hitting the barriers.

Double R Racing’s Alexander Sims and Jo Zeller Racing’s Zhi Cong Li both crashed at Lisboa, but both could be retrieved without the need of further red flags.

Alfa Romeo need to be at their best to get a good...