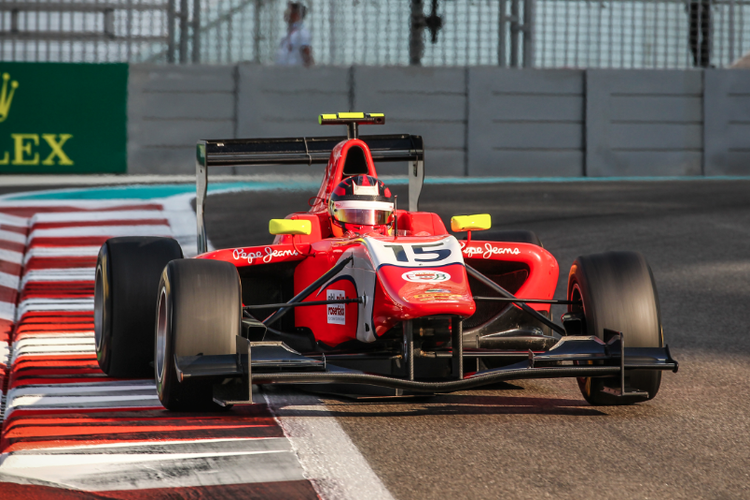 GP3 Series, Arden International driver Emil Bernstorff ended the season as one of the frontrunners in the Feature races after a challenging year; Sprint Races were not as strong for Briton with races ending in a retirements following contact with other drivers.

At the final round of the championship at Abu Dhabi the Brit started in sixth place and ultimately came home in second; while he finished third on track, Bernstorff was promoted to second following Esteban Ocon receiving a penalty for leaving the track and gaining an advantage on the opening lap.

The Sprint Race was not as eventful for Bernstorff who only gained one place as a result of Matthew Parry suffering from a puncture to sixth.

Bernstorff found himself with the opportunity to claim third place in the Drivers’ Championship but ultimately lost out to Marvin Kirchhöfer.

On the topic of the last race of the season Bernstorff said:“I am very proud of my feature race performances this year, there has been intense competition amongst the top 4 all year and I am very happy that I came out on top in that area.

“I am though disappointed to finish outside the top 3 in the overall standings. There is clearly room for improvement in the reverse grid race performances and that combined with a bit of bad luck cost us the opportunity to fight for the championship at the end of the season.

“We will now shift our focus to the future starting with a GP2 test on Friday.”