2015 British GT Champion Jonny Adam has said he is looking forward to the coming season but has admitted it will be weird seeing a Beechdean car on the grid and not driving it.

Although, the Scot did admit the drive came as a bit of a surprise: “I only kind of knew about it because of a press release! The press release guy from TF Sport phoned me and said “I hear you’re racing with TF?” I was like “Oh, right!” But you know I’m contracted with Aston Martin again and they put me with customers and obviously Tom Ferrier is a very good customer.

“I’ve known Derek [Johnston] not personally, but on-and-off because of racing against him in British GT and obviously they’re a good team, they finished the year off on a high with a one-two and I’m quite excited about the year. I like British GT, it’s a good championship but also, more important, I’m more excited because of the new team and new team mate so if I can keep this result basis going it’ll be good.”

TF Sport will be going into 2016 with a spring in their step, not only has Adam signed but Mark Farmer and Jon Barnes have as well with the team looking to capitalise on the one-two they scored at the last round of 2015 at Donington Park.

Even with the championship’s move to Pirelli rubber in 2016, Adam believes they have a good package: “This year it’s a new tyre this with Pirelli so there’s some different stuff but overall it’s a good package to be going into and getting on with.

“It’ll be my fifth year with the Aston Martin Vantage GT3 so I know the car inside-out and Derek is another customer for Aston and TF are a good customer team so my goal is to try and bring them success. If we can all come together – which I think we can – and have a good year I think we’re in for a sniff of the championship.”

Although, to be in with a sniff of the championship he’ll be fighting some stiff competition – not least from the car he has left with gentleman driver extraordinaire Andrew Howard being joined by rising star of the GT world, Ross Gunn, in the Beechdean Aston Martin Vantage GT3.

Adam said: “It’ll be weird to see a Beechdean car on the grid and not be in it, but it’s a great opportunity for Ross. Andrew has always been a firm believer that youth should be given an opportunity, he’s given Ross a step up in GT4 and now GT3 where Andrew knows the car well and is the reigning champion – I think it’ll be a good mix really.”

Ross Gunn got the drive in the GT3 thanks to his success in Aston Martin’s Evolution Academy, which saw a number of young drivers duke it out in Bahrain for a shot of a factory contract and Adam is pleased to see the manufacturer bringing on the next generation of GT drivers.

“People race and get older, and youth talent needs an opportunity to shine. I think what they’ve done with the Evolution Academy initiative is mega, it’s really cool to see a manufacturer actually get behind talent in the UK. Ross had an outstanding year, he was very quick and he was very good out of the car – that was the key thing, he was very consistent and didn’t make a mistake and I think he will be a good team mate to Andrew.” Adam explained.

He continued: “Okay, GT3 is a very different environment and the cars are quicker, it’s probably a harder class to GT4 but at the end of the day he’s a good driver and it is a championship winning car and team so I think they should be in with a title shout as well – it’ll be weird not to be with them but I’m relishing the opportunity.” 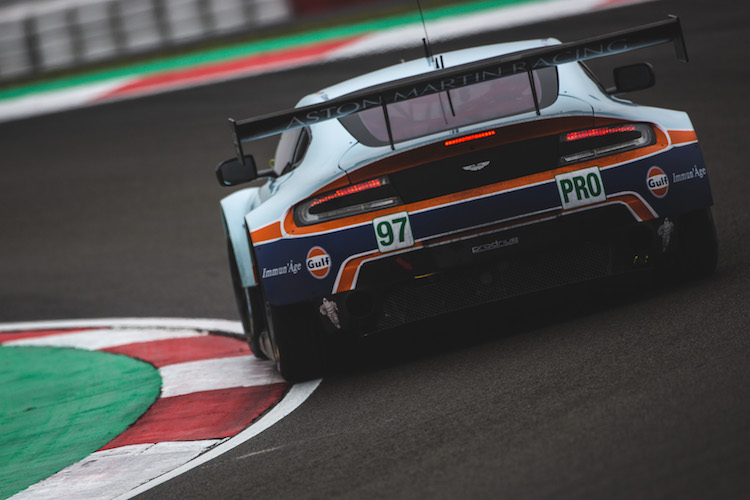 Adam raced in the second half of the 2015 WEC alongside Darren Turner (Credit: FIA WEC/AdrenalMedia.com)

Outside of the British GT Championship, Adam is still working on plans for additional programmes – with the possibility he’ll rejoin old team mate Andrew Howard in the European Le Mans Series as well as continuing the series of starts for the factory team in the World Endurance Championship he made in the second half of 2016.

Adam explained further: “I think hopefully there’s stuff getting organised but I’m not sure on the WEC side. There is still chance I will be racing with Andrew in possibly the European Le Mans Series but again that’s not finalised so things are still up in the air on that side.

“But I’m sure it’ll be a busy year – I think it was 25 weekends where I was racing last year and I loved it. I love racing a world championship and to race with Darren [Turner] and get a result like in Bahrain where we got a podium, but I know customer stuff is still important and to win any championship as an Aston factory driver is still important.”