Double R eyeing a “consistent challenge” for honours over 2016 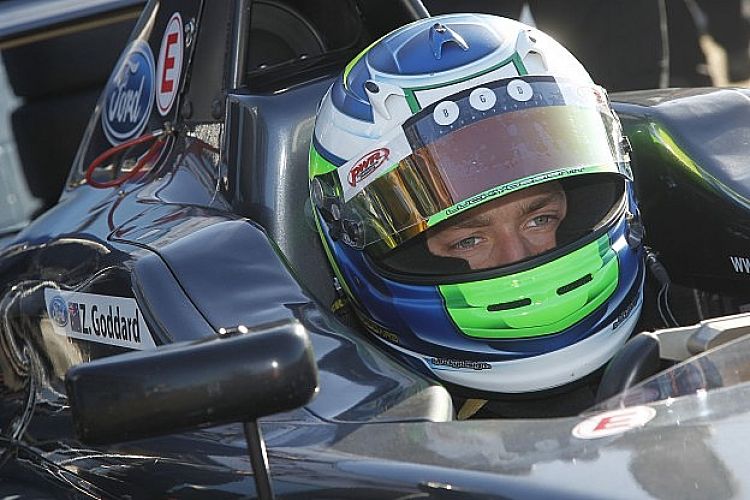 Anthony ‘Boyo’ Hieatt, the team principal of Double R Racing, is expecting a consistent challenge this year, after a 2015 MSA Formula season that saw the team collect nine podium finishes including two wins.

Their 2015 title challenge was led mostly by Matheus Leist, who collected all but two of their nine trophies, but there is higher expectations as experienced Formula 4 drivers Zane Goddard and Carrie Schreiner mount the team’s challenge.

Both drivers have already proven their pace in testing, with Goddard managing to put in a time that was only 0.034 seconds slower than fellow Australian Luis Leeds, who topped the time sheets around Brands Hatch.

Meanwhile Schreiner, who spent 2015 competing in her native Germany in the ADAC Formula 4 series, almost broke the teams record lap time in a private test. Like her team mate, she also impressed at the Brands Hatch test, only finishing 0.5 seconds down on the fastest time.

“We’ve been very impressed up to now with Zane and Carrie, they’re fantastic young drivers and both have a very bright future”, said team principal Hieatt, “Zane knows the car from the Australian championship and, after his performance at Brands, we’ve got very high hopes.”

“He knows James Courtney, who I worked with back in 2002 in Formula 3, so there’s a great link there and I’m pretty confident he’s going to be a front-runner all season. Zane is definitely going to be one to watch this year.”

Unfortunately for Double R, Schreiner is unable to compete for every round due to continued commitments in the ADAC F4 series. However, the team still wishes to fill the third car before the start of the season.

Hieatt added: “We’d love for Carrie to be in the car for the whole season, but she’s already committed to the ADAC championship. I’ve been very pleasantly surprised with just how well she’s gone in testing, she set the second quickest time ever in one of our MSA cars at Pembrey so she could well spring a few surprises.”

The season will begin at Double R Racing’s home circuit, around Brands Hatch on April 2/3.