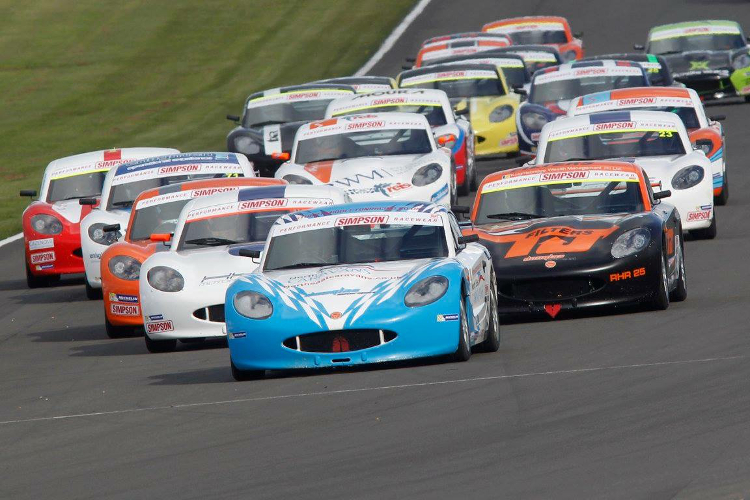 Stuart Middleton took his second win of the 2016 Ginetta Junior Championship season in a close-fought second race of the weekend at Donington Park.

The early championship leader extended his advantage at the front with victory, but had to work hard for his success as he fought past early leaders Lewis Brown and Daniel Harper.

Brown started the race from pole position courtesy of his victory in the opening race of the day, but a slow start allowed Middleton through as the field went through Redgate for the first time.

The advantage was short lived though as Brown worked his way into the lead later in the lap, whilst behind an early change for third saw Dave Wooder dispatch Harper.

Harper got back ahead with a great switchback manoeuvre at Redgate at the start of lap two though, and soon edged onto the back of the battle for the lead.

He was helped by the battling ahead, with Middleton getting alongside Brown out of Redgate on lap five and he made the move stick at the Old Hairpin, with a moment for Brown dropping him to thirteenth.

Harper was straight onto the tail of his predecessor to the Ginetta Scholarship title and slid past at McLeans a lap later to lead only his fourth ever race in the main championship.

It was a short lived time at the front however, with Middleton getting back ahead a couple of laps later and maintaining his lead until the chequered flag for victory.

As Harper took his best Junior result so far in second, Wooder was a comfortable third, with Will Tregurtha working his way up to fourth place.

Behind, at one point there was a stunning five car squabble over fifth place between Geri Nicosia, Cameron Roberts, Max Bird, Seb Priaulx and Tom Wood – the latter losing out with a spin.

Despite having a dislodged bonnet following contact in the pack, Nicosia emerged in fifth ahead of his team-mate Roberts, with Bird and Priaulx close behind as they completed the Rookie podium.

Brown recovered to ninth at the finish ahead of first time top ten finisher Enzo Fittipaldi, who was closely pursued by Total Control Racing duo Jordan Collard and Connor Grady.