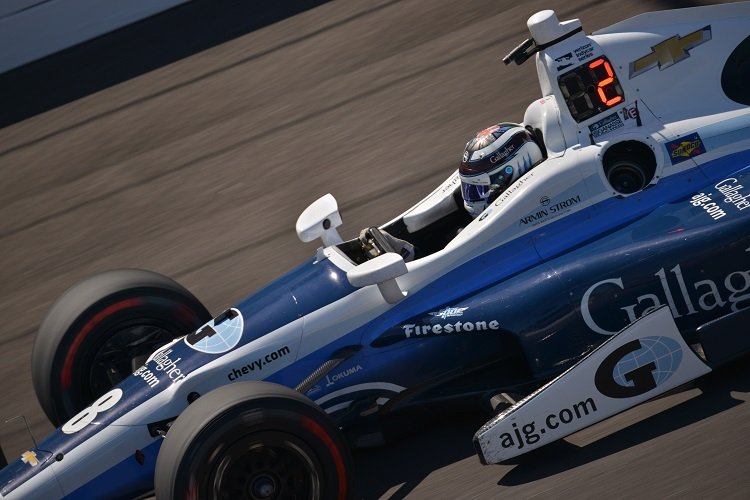 Max Chilton had his first taste of qualifying spec running at the Indianapolis Motor Speedway on Thursday, and admitted he was happy with how his #8 Chip Ganassi Racing machine is going around the 2.5-mile oval.

The British racer was twenty-second fastest during practice, with a best time of 39.8699s – 225.581s – which was less than half a second shy of the ultimate best time of the day set by Dale Coyne Racing’s Gabby Chaves.

Chilton revealed that the three qualifying-style runs he did were with every decreasing amounts of downforce, with the former Formula 1 racer trying to find the optimum set-up ahead of this weekend’s two qualifying sessions at IMS, before reverting to race set-up for the remainder of the day.

“This morning the first few hours we drove with race downforce levels, then spent the next few hours turning the car around to qualifying specs,” said Chilton.

“I did my first-ever oval session in qualifying spec, and did three runs and kept taking more and more downforce off.

“The last run was really good and then we spend the last part of the day working on race running, so I’m happy where things are at with the Gallagher team.”

Will Power Shows St. Petersburg Mastery With Another Pole in Controversial Qualifying

By Griffin Schmoyer
2 Mins read
Will Power continues his pole prowess at St. Pete, claiming his ninth on the streets of St. Petersburg.