Pascal Wehrlein: “We were hoping for much more” 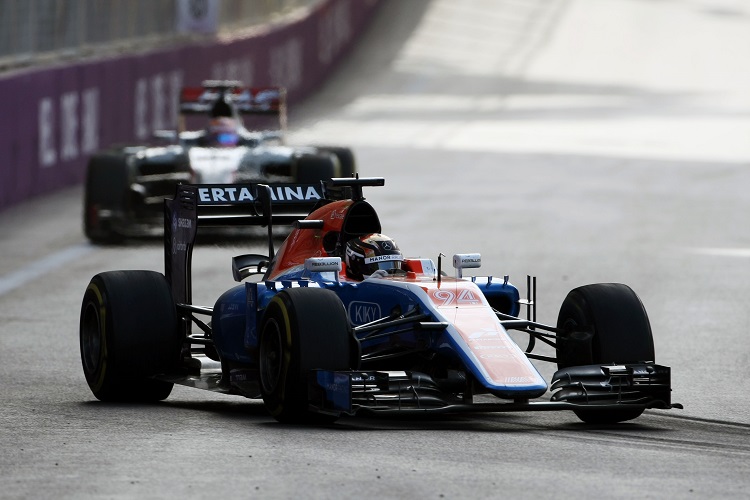 Pascal Wehrlein had his first retirement of the 2016 Formula 1 season at the European Grand Prix.

The Manor Racing driver had a strong qualifying after he set a fastest lap time to qualify in eighteenth, and the German managed to position himself as high as eighth in the early stages, it was looking good for Manor and some points were nearly on the cards.

Wehrlein felt as if he could have closed the gap to the Sauber duo in front, but heading into Turn 1 he was unable to use his brakes, leading to him going down the escape road an into retirement, the first retirement of his short Formula 1 career.

Even with the disappointment of his retirement the Mercedes-protege has really enjoyed the Baku City Circuit and his first experience of Baku.

“Today is a bit of shame to be honest; we were hoping for much more,” said Wehrlein. “I think we were on quite a different strategy than the other guys; one that could really make the most of any chances, but only if the race came our way.

“We started on the Softs and I was happy with my position after the first lap but it was more difficult on the Soft than the Supersoft. Then we pitted and again I was really happy with my pace on the Medium tyre; I felt I could have closed the gap to the Saubers in front of me but I was running out of brakes.

“When I got to Turn 1 I simply had no brakes and there was no alternative but to stop. So nothing more to say, we just have to look ahead. I’ve really enjoyed this circuit and my first experience of Baku though.”