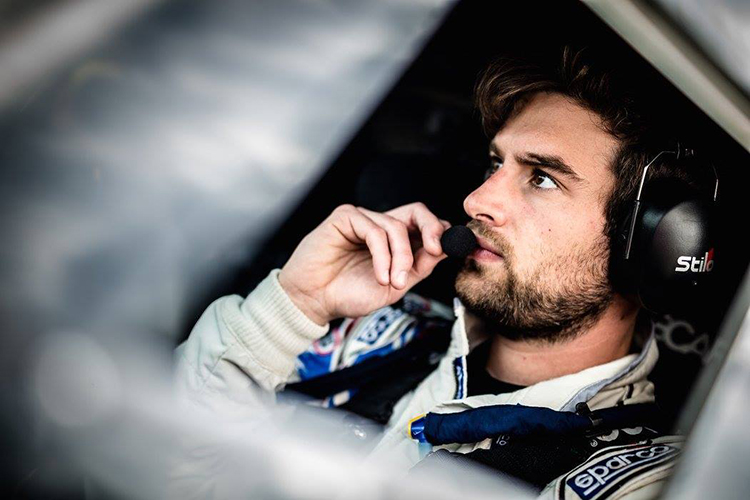 Harry Hunt is relishing one of his biggest challenges in his short Cross-Country rally career to date at the 2016 Rallye du Maroc.

The Briton will be driving the 2016 Dakar-winning Peugeot 2008DKR in Morocco, which is the warm-up event to next year’s Dakar Rally in January.

Hunt will be assisted by his co-driver Andy Schulz as he gets used to his 350 brake horsepower 2008DKR.

Hunt gave his first impressions of the 2008DKR “You’ve got all the power going not to four wheels but just two, so it definitely kicks out a lot more and slides a lot more.

“The gear changes are amazing, the power’s great and it just stops a lot better than you think it would. It’s very light, and that clearly helps it to have huge braking ability.”

The Londoner added about his objectives in Morocco “It’s simply about learning and getting back in the car with Andy.

“We’ve got to finish because we need to get the kilometres before Dakar, definitely. So I guess I have the same objective as last year – finish the rally – but my expectations are probably a little bit lower, just because we’re both so fresh to the car.

“If something goes wrong, neither of us knows the car, so it’s going to take us a lot longer to sort it out than it would normally. And of course we’ve got a new team with PH Sport, so we’ll need to get used to working with them and making sure that we have the right communication. I can’t wait, it should be really good fun.”

By Vince Pettit
1 Mins read
British rally driver Harry Hunt has been ruled out of taking part in the 2017 Dakar rally following an accident earlier this month in Morocco.
Cross-Country Rally World Cup

By Umar Hassan
2 Mins read
Team Peugeot Total will début its Peugeot 3008DKR at the 2016 Rallye du Maroc, the final testing programme before the 2017 Dakar Rally.