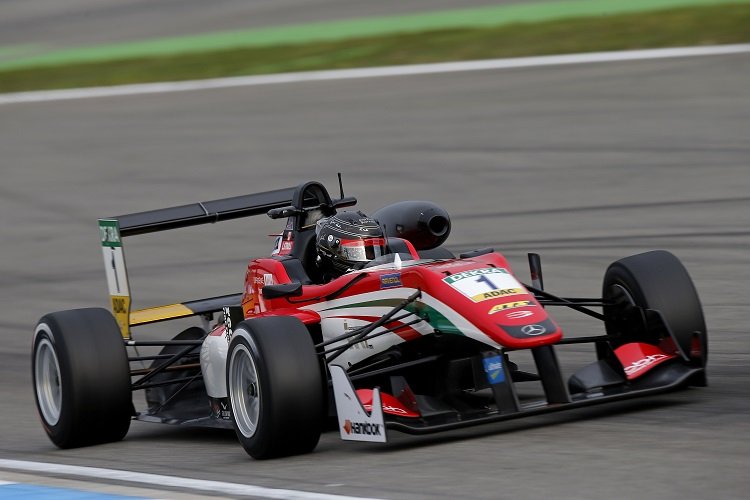 Beckmann, the youngest driver in the field, looked to have don enough to take his maiden European Formula 3 pole position on Friday, but the Mücke Motorsport driver will instead bring up the rear of the field after his lap times were deleted after his car failed the bodywork flexibility test.

This promoted Stroll to pole position, and his Prema Powerteam outfit have taken four of the top five places on the grid for Saturday’s opening race.

Maximilian Günther, Nick Cassidy and Ralf Aron will line-up second, fourth and fifth respectively, with only Jake Hughes getting between them, with the Carlin driver taking third on the grid on his series debut.

Anthoine Hubert will start sixth for Van Amersfoort Racing ahead of team-mate Callum Ilott, while Lando Norris was eighth quickest for Carlin, although he will start from the pit lane for all three races this weekend along with team-mate Daniel Ticktum.

Joel Eriksson will therefore inherit eighth on the grid for Motopark, while Hitech GP duo Nikita Mazepin and Alexander Sims will complete the top ten.

Unfortunately for Hitech GP, George Russell failed to set a time and has taken an engine change, meaning the Briton will take a trio of ten-place penalties this weekend in Germany.

Similarly, Niko Kari has also taken a new engine, and coupled with a thirteen-place penalty carried over from Imola following a previous engine change and a misdemeanour in race three, the Finn has an unprecedented twenty-three place grid drop for race one, and ten more places in races two and three.