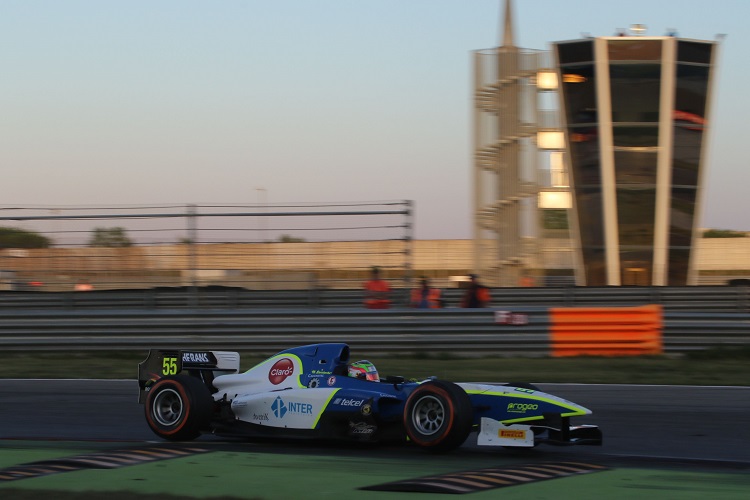 Reigning Auto GP champion Luis Michael Dorrbecker will test with Schmidt Peterson Motorsports at the beginning of March, and could possible join the team in a third car later during the 2017 Verizon IndyCar Series season.

Although nothing has been confirmed beyond the test, team owner Sam Schmidt admits that there could be an opening for a third car later in the year alongside regulars James Hinchcliffe and Mikhail Aleshin, with Dorrbecker amongst the candidates for that ride.

Schmidt knows IndyCar needs talented drivers from Mexico in the championship, but nothing will be decided about whether Dorrbecker will join the team until after they analyse his performance at Sebring.

“I know it would be the first time in history a driver would be optimistic in their approach to this situation,” said Schmidt to RACER. “He is fortunate to have some good backing from his country and we all know the series desperately needs some more full-time South American talent. As far as we’re concerned, we’ve done a deal to test him on March 1st and we’ll see how that goes. There’s no contract beyond that, and then we have the first right of refusal for the rest of the year and next year.

“We’re happy with the two drivers we have now, ecstatic with the continuity we’ve been able to create this year with our drivers and our crew; we’re looking forward to the year and we would like to run a third car after Indy that [Dorrbecker] or others could possibly fit into. And we’re going to run a third car at Indy, but that program and driver will be announced at a later date.”

Askew Cleared to Compete in Grand Prix of St. Petersburg

By Griffin Schmoyer
1 Mins read
Oliver Askew has been cleared of concussion-like symptoms and will race at the Firestone Grand Prix of St. Petersburg.
Formula EIndyCar