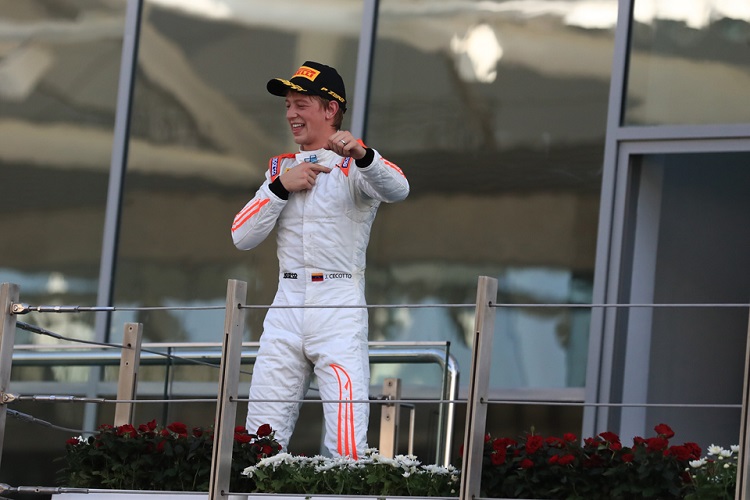 The most experienced driver in GP2 Series history and a McLaren Junior Team ace will form Rapax’s line-up for the FIA Formula 2 Championship in 2017, with Johnny Cecotto Jr being joined by Nyck de Vries.

Cecotto, who has 129 race starts in GP2 with numerous teams and has four wins to his name, continues with the Italian outfit after taking part in the final two rounds of the 2016 season, securing a podium finish in the final race of the year after replacing Arthur Pic.

“Our journey started in Malaysia last year and from the first moments there was a great feeling between me and the whole team,” said Cecotto.

“I’m overwhelmed that we managed to be at the start of this championship together and can’t wait to sit in the car on Monday and continue from where we left off last year.”

De Vries was a race winner in the GP3 Series with ART Grand Prix in 2016 and moves up to the recently re-branded Formula 2 category, and will be competing in his fourth different category in four years after previous campaigns in Formula Renault 3.5 and Formula Renault 2.0.

The twenty-two-year old is the third of ART’s four drivers to make the step up in Formula 2 in 2017, with Charles Leclerc joining Prema Racing and Alexander Albon at ART.

“I would like to thank Rapax for their faith in me and everyone involved,” said de Vries. “It has been a tough ride, but here we are ready to fight.”

Rapax managing director Andrea Bergamini was delighted to be able to sign both drivers for the 2017 season having been impressed by both during the post-season tests at Abu Dhabi.

“Coming from the important announcement that saw the GP2 Series transition to the new FIA Formula 2 project, we are delighted to announce Nyck de Vries and Johnny Cecotto as our drivers for 2017,” said Bergamini.

“We worked really hard to make the two deals happen, especially after the great results scored in last December’s test at Abu Dhabi.

“In addition to their undisputed driving skills, Johnny and Nyck quickly established good chemistry with the team, laying great foundations on which to build a challenging yet already fascinating 2017 season.”

By Joe Ellis
2 Mins read
19 down, one to go. Just MP Motorsport are left to announce their second F2 driver after Trident revealed their pairing for 2021.
Formula 2

By Joe Ellis
2 Mins read
Beckmann makes his debut in Formula 2 while Samaia prepares for his second year in the series.
Formula 2Formula 3

By Joe Ellis
2 Mins read
A big chunk of the Formula 2 and 3 grids have been unveiled as Alpine announce their driver academy for 2021.