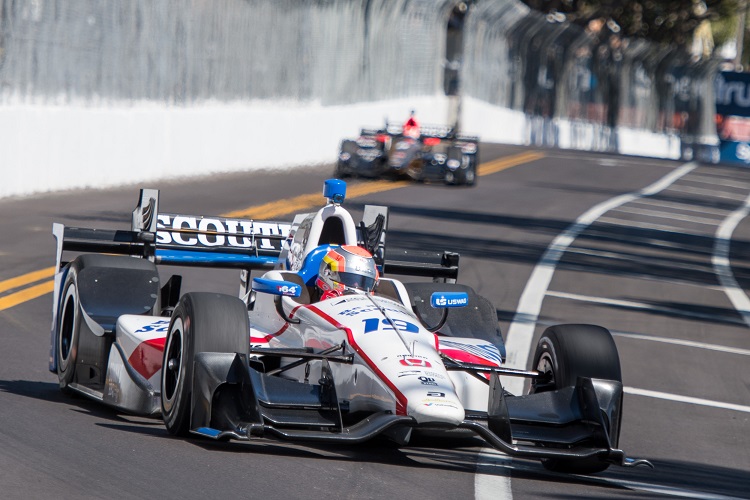 Ed Jones secured a top ten finish in his maiden Verizon IndyCar Series race, with the 2016 Indy Lights champion running as high as third around the streets of St. Petersburg on Sunday.

The Dale Coyne Racing driver continued to adapt to his new surroundings, and although he was fortunate to move up the field due to the timing of a caution period, he drove strongly throughout to finish tenth and the final driver on the lead lap in a race won by team-mate Sebastien Bourdais.

Jones felt he made good progress with his driving throughout the St. Petersburg weekend, and is eager to take what he has learned into the next race of the season, which will be another street circuit at Long Beach.

“It was a good race for us, both myself and (Sebastien Bourdais),” said Jones. “It’s great for the team, great momentum moving forward.

“Tenth for my debut is a fantastic result and it just shows how hard the team has worked over the winter period to develop it and make it stronger and that is all credit to Dale (Coyne) and Honda as well.

“I’ve learned a lot and can’t wait until the next round (at Long Beach.)”

Will Power Shows St. Petersburg Mastery With Another Pole in Controversial Qualifying

By Griffin Schmoyer
2 Mins read
Will Power continues his pole prowess at St. Pete, claiming his ninth on the streets of St. Petersburg.
IndyCar