Sebastien Bourdais: “That was an incredible race” 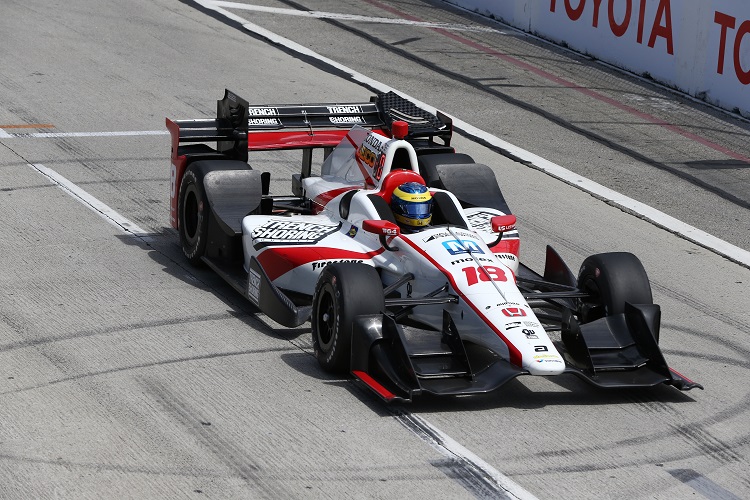 Sebastien Bourdais continued his good start to the 2017 Verizon IndyCar Series season as he added a runners-up spot in the Toyota Grand Prix of Long Beach to his race win around the streets of St. Petersburg.

The Dale Coyne Racing driver started twelfth on Sunday and survived an early incident that saw his rear wing damaged, but made the strategy calls work to move back towards the front.

Of course luck did play a part, both Ryan Hunter-Reay and Alexander Rossi were ahead of Bourdais when they both hit mechanical trouble, but the Frenchman stayed out of trouble, saved fuel when he needed to, and came through for the podium.

“That was an incredible race,” said Bourdais. “At the beginning, somebody lost an end plate or something. It flew by, I dodged it in the car, it went really close and it ripped off the whole left side of the rear wing and rear pod and that’s why we came in so early.

“It gave us a couple of laps to save fuel, but we played to our strengths. I’ve always been pretty comfortable saving fuel and that one kind of came to us. I was just really surprised that no one played the game.

“It was feasible fuel wise, for us at least. Good job by Honda, obviously. We lost balance a little bit at the end so I was just trying to hang on to second place.”

Bourdais admitted he did not have anything at his disposal in the closing laps to challenge James Hinchcliffe for victory, and was more interested in keeping Josef Newgarden behind him for second place to ensure he stayed on top of the Drivers’ Championship standings.

“James (Hinchcliffe) really deserved that one,” admitted Bourdais. “He looked very comfortable and quick up front and I didn’t really have the balance at the end to go challenge him so I just managed for second place.

“I was kind of thinking Championship a little bit out there! I don’t know that we’re a contender but we’ll find out. We’ll have stayed up there for two races so that’s not too bad.”