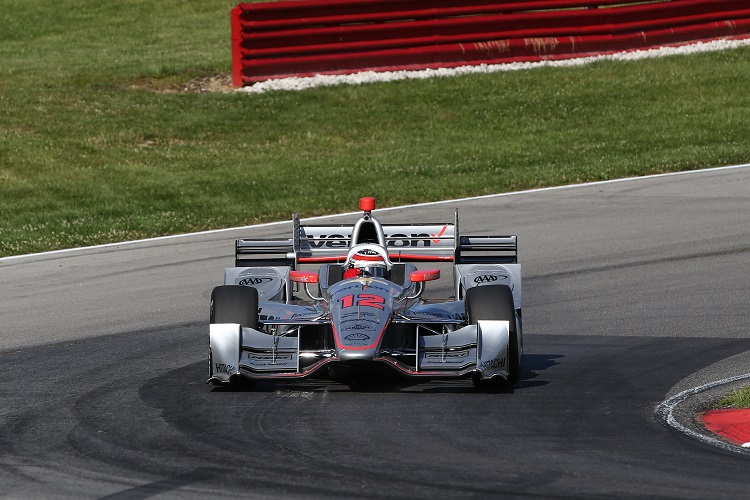 Will Power took his third pole position around the Mid-Ohio Sports Car Course and his forty-ninth of his Verizon IndyCar Series career with a strong qualifying performance on Saturday.

The Team Penske driver has qualified on the front row at Mid-Ohio for the past six seasons, and he set a best lap of 1:04.1720s to deny team-mate Josef Newgarden top spot by 0.1347 seconds, although Power’s best lap was more than half a second better than third placed Takuma Sato.

Sato had a good session, with the Andretti Autosport driver making it through to the Fast Six Shootout and finishing ahead of Graham Rahal, although the Rahal Letterman Lanigan Racing driver will feel he should have been higher up the grid after a mistake on his fastest lap.

Helio Castroneves was the third Penske driver to make it into the Fast Six, but the Brazilian could only manage fifth on the grid, while Chip Ganassi Racing’s Scott Dixon continued his impressive record of making it through to every Fast Six session of 2017 so far, with the championship leader qualifying sixth.

Simon Pagenaud just missed out on the Fast Six by less than five-thousandths of a second, while James Hinchcliffe will start eighth for Schmidt Peterson Motorsport ahead of Andretti Herta Autosport’s Alexander Rossi and Andretti Autosport’s Ryan Hunter-Reay.

Conor Daly had by far his best qualifying session of the season to make it into the Fast Twelve segment, with the AJ Foyt Racing driver ending up eleventh, just ahead of Dale Coyne Racing’s Esteban Gutierrez.

Daly had profited from Tony Kanaan losing his best lap time for causing a local yellow flag during the opening session, with the Chip Ganassi Racing driver losing control at turn two and ultimately qualifying down in seventeenth.

By Griffin Schmoyer
5 Mins read
The most important month in IndyCar is here, and the Indianapolis Motor Speedway festivities are about to begin. Here’s everything you need to know ahead of the GMR Grand Prix.
IndyCar

By Justin Nguyen
2 Mins read
Stefan Wilson will make his third career Indianapolis 500 start as he returns to Andretti Autosport. It will be his first race since 2018.
IndyCar