Gone are the days of season one where teams would field as many as eight drivers over the course of the championship, this year’s grid could boast as being the most competitive we’ve ever seen in the all-electric series.

It included race winners from WEC, DTM, GP2, GP3, and the WTCC, plus nine former Formula 1 drivers – and while some impressed, others failed to get to grips with the series. Here TCF goes through how the drivers rated, starting off with the worst.

Antonio Felix da Costa remains one of the most exciting prospects in Formula E, and the series is undoubtedly richer for having him in it. However this was a terrible season. While the Andretti car wasn’t up to scratch, it was certainly better than the one points scoring position he managed (fifth) at the start of the season in Hong Kong. After that da Costa went eleven races without scoring, not helped by his dreadful qualifying pace, which often saw him start towards the very back of the grid. Da Costa’s seat should be safe thanks to BMW’s increasing involvement in the team, which should also mean that Andretti start moving up the grid next year.

Signed by Jaguar to be a safe pair of hands on their return to motorsport, Adam Carroll never showed the benefit of his previous experience driving Formula E machinery. The Brit was comfortably put in the shade by his less experienced team-mate Mitch Evans in races and in qualifying, and scored the majority of his points in fortuitous fashion during the tumultuous Mexico City ePrix. He’ll be lucky to hold on to his drive for next year, especially with his Jaguar seat being sought after by several other drivers on the grid. 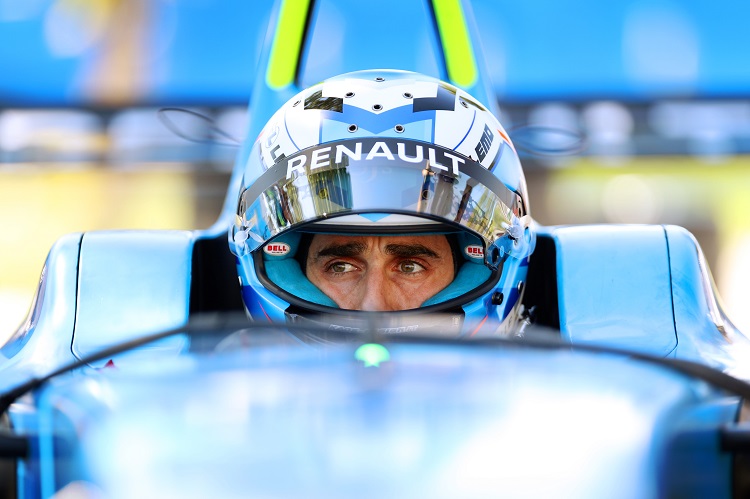 Nico Prost must look back on his double win at the end of the 2015-16 season at the London ePrix with ever growing fondness. Not only was it his last podium, but it was also likely to be the reasoning behind Renault re-signing the Frenchman for next season. Without it he would way well have been on the Formula E scrapheap by now. This season was a disaster for him, and while Sebastien Buemi managed six wins Prost never looked like challenging for victory. He was made to look even worse by Pierre Gasly, who outperformed him in the New York ePrix despite never having driven the car before that weekend.

17. Daniel Abt, Abt Schaeffler Audi

Like Prost, Daniel Abt is another driver who may not have a drive in Formula E were it not for the position his father holds. Abt was once again comfortably outperformed by his team-mate Lucas di Grassi, who managed to finish on the podium seven times while Abt failed to finish in the top three at all. He ended up a whopping 114 points behind di Grassi in the final standings, and had he been able to get anywhere near that total Abt Schaeffler Audi might be celebrating a team’s championship win as well. While he was compliant in helping di Grassi when he could, it’s getting increasingly hard to justify his place in the team

Jerome d’Ambrosio can put the large part of the blame for his poor season on his FF Dragon Racing car, which was totally lacklustre. The car had poor qualifying and race pace, and while d’Ambrosio was able to put it in fifth on the grid for the first race in New York, that would be as good as it got for the Belgian. A race winner last year, this poor performances will have hurt, and he’ll be looking to get back up to the front of the grid where he showed he belonged in 2015-16.

Evenly matched with his team-mate in qualifying, Loic Duval finds himself ahead of d’Ambrosio thanks to scoring seven more points, although he managed only two points finishes all season. His fifth place in New York showed that he still has pace, but some ragged driving in the finale in Montreal which included a penalty for a crude move pulled on Nick Heidfeld, was a poor way to finish. Rumours suggest that he’ll be ditched by Dragon Racing, which will be a disappointing end to his two and a half year association with the team.

With da Costa failing to perform this season, Andretti were often left to rely on Robin Frijns to do the lion’s share of their points scoring. The Dutchman was the one to break a four race pointless streak for the team, and his three points finishes in the last four races meant that they kept seventh in the team’s championship by the narrowest of margins. Despite also comfortably out qualifying da Costa by nine to three it looks as if it will be Frijns leaving the team next year due to the conflict between his Audi contract and BMWs increasing interest in the team. Andretti insist they still have final say though, so hopefully the Dutchman will be allowed to stay on next season.

While an improvement on last year’s disastrous performance, this year’s NextEV NIO car still wasn’t what was required to allow Nelson Piquet Jr a shot at winning back the title he won in 2014-15. The car’s strong qualifying pace was nullified by poor race performance, and often we saw both cars from the Chinese team plummet down the race order. While a pole position in the season opener for Piquet was promising, from there on he was out qualified by his team-mate Oliver Turvey, and he once again failed to show the form that he did when he won the inaugural championship. Given the challenge from Turvey, and the lack of pace in the car, don’t be surprised if Piquet tries to find a seat elsewhere for next year.

A tale of two halves for Stephane Sarrazin. His first half of the year at Venturi was disappointing, with the French driver only amassing only two points. He was also out qualified and outraced by his team-mate Maro Engel, despite Sarrazin’s considerable experience in the series. An unexpected call up to Techeetah following Esteban Gutierrez’s surprise move to America seemed to re-ignite something in him though. He grabbed two podiums in New York and Montreal, and even managed to beat Jean-Eric Vergne in qualifying once – something that no other team-mate had managed to do all season. His results should hopefully be enough to convince the team to keep him on for next year.

It was another admirable season from Turvey, who still doesn’t look out of place next to champion team-mate Nelson Piquet Jr. He out qualified the Brazilian over the course of the season, and managed a pole position of his own in Mexico City. While the end of his season was a disappointment as the car’s performance fell back compared to those around them, Turvey managed to score points in half of the races, fully justifying his contract with the team for next season.

Ma Qing Hua is fortunate that he didn’t compete in the majority of the season, as otherwise he would have been firmly routed to the bottom of these rankings. The Chinese driver looked totally out of his depth, and while Vergne was qualifying in the top five consistently, Hua never qualified higher than 17th.

Mike Conway also had a disappointing return to Formula E this season in a one off race for Dragon, but the car didn’t look capable of much more.

By Anna Schuurmans
1 Mins read
Jaguar Racing put both their drivers in prime positions ahead of qualifying, with Mitch Evans and Sam Bird trading first and second places. Can they do this later today?
Formula E

By Anna Schuurmans
1 Mins read
Jaguar Racing managed to put their cars on top today, despite a red flag for Sergio Sette Camara in the Dragon. what can we expect from them later today?