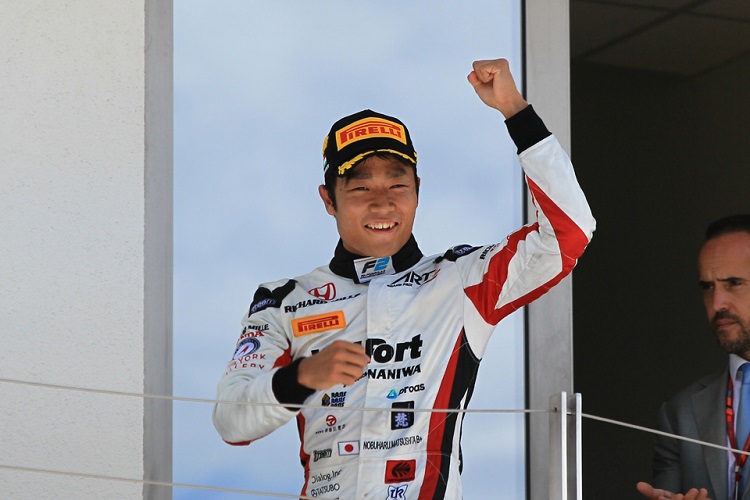 Nobuharu Matsushita secured his second victory of the 2017 campaign during Sunday’s Sprint race at the Hungaroring, with a great start propelling him to the front of the field from fourth on the grid.

Slow getaways from polesitter Alexander Albon and his fellow front row starter Norman Nato gave the Japanese racer the opportunity to take the lead, and despite a small mistake at turn four mid-distance where he briefly ran off track, he was never threatened from behind to take the victory.

The ART Grand Prix driver hopes the result in Hungary leads into a period of strong results, especially with some tracks coming up where Matsushita expects the team to have good pace.

“Degradation was quite big but I had good pace and was managing it, and in case of a safety car I just drove safely and managed the tyres,” said Matsushita on fiaformula2.com. “It was a good race, I think.

“I always have confidence with the start, and today I knew it would be good because of the grip. This morning there was a GP3 race so I put down more power, and it was a good stop.

“We’ve had some difficult weekends after Monaco, where we always had the pace but I couldn’t make it work, but I think Spa and Monza are our favourite tracks, we were quite quick last year, and I hope it will be another podium like these guys and we can continue like that.

By Joe Ellis
2 Mins read
A 1:27:945 was the best time of the entire test as Felipe Drugovich heads to round two in Monaco as the man to beat.
Formula 2

By Joe Ellis
1 Mins read
Richard Verschoor lowered the benchmark considerably on day two as many decided to turn on the style in Spain.
Formula 2

Lundgaard leads the way on opening day of F2 test

By Joe Ellis
2 Mins read
Fastest in both the morning and afternoon. Day one of F2 testing belonged to Christian Lundgaard and ART.