Josef Newgarden: “I don’t think we had enough for Will” 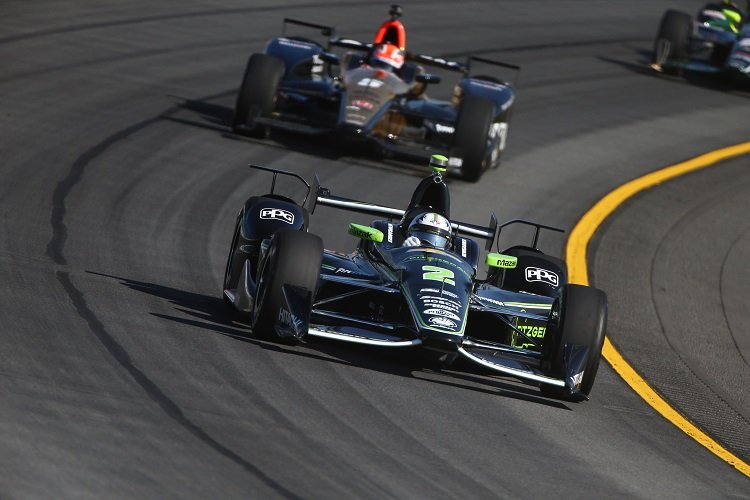 Josef Newgarden finished second at Pocono Raceway on Sunday but was forced to concede that Team Penske team-mate Will Power had too much for him when it mattered as the Australian clinched the victory.

After starting in the mid-pack following a difficult qualifying session, the championship leader worked his way into the lead battle, and despite leading four laps during the afternoon and being one of ten different race leaders, he was unable to find a way passed Power on the final lap, ultimately settling for second.

Despite this, Newgarden feels happy that a Penske machine did take the race honours, feeling that when one car wins, the whole team wins, and he does leave Pocono with an extended advantage in the championship of eighteen points ahead of Scott Dixon.

“It was a good day for points,” admitted Newgarden. “Tough when you have an opportunity to potentially win a race at the end of it, but I don’t think we had enough for Will (Power) to be honest with you.

“I did everything I could to try and get by him. I just felt like he was a touch quicker than us. That was difficult for me to overcome. I’m happy for him. I’m happy for Team Penske. It’s a one-two at the end of the day, so keeping it in the family.

“When one car wins, we kind of all win. That’s the way we view it. And certainly for the Fitzgerald Glider Kits Chevy, it’s a points extension day, so we can’t be disappointed in it.”