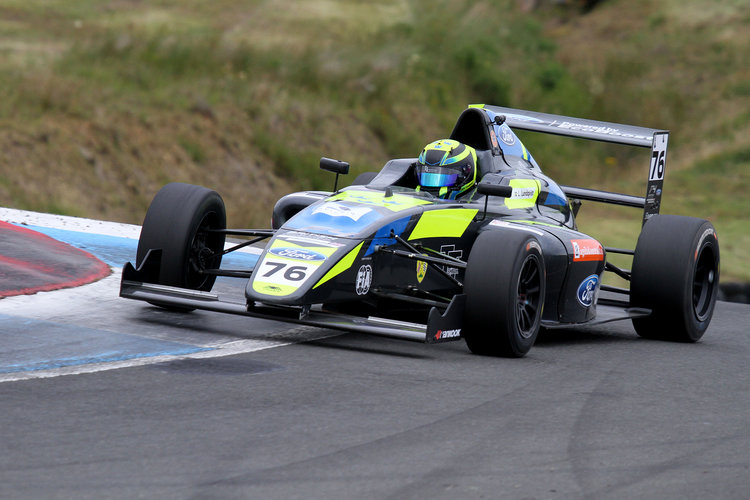 Linus Lundqvist will start on pole for the first Rockingham race of the F4 British Championship, after a late run saw him grab his fifth pole of the year. Meanwhile Logan Sargeant will start up front for the final race on Sunday.

The Double R Racing driver had been towards the head of the field for the majority of the session, managing to squeeze ahead of his rivals after an impressive final run in the dying minutes. Hampus Ericsson will line up in ninth the highest placed Ford F4 Challenge Cup driver.

It was Ayrton Simmons and Sargeant who set the early pace at Rockingham. The pair swapped times with the Carlin driver taking top spot as the grid headed back into the pits during the mid-point of the session.

With a clearer track than usual, Oliver York took the opportunity to better the benchmark, soon heading into the pits himself. It remained so for the next few minutes as the drivers got themselves back up to speed for a final run.

Having been inside the top five throughout the session, Lundqvist stunned the crowd with a flying lap to put him on provisional pole. Another stunning time saw him secure the top spot with York slotting into second having come back out.

Sargeant remained ahead of Simmons in the battle for the second row as series leader Jamie Caroline only managing to secure fifth. This proved to not be too much of a problem as nearest rival Oscar Piastri would line up sixth ahead of Friday pace setter Alex Quinn and Patrik Pasma.