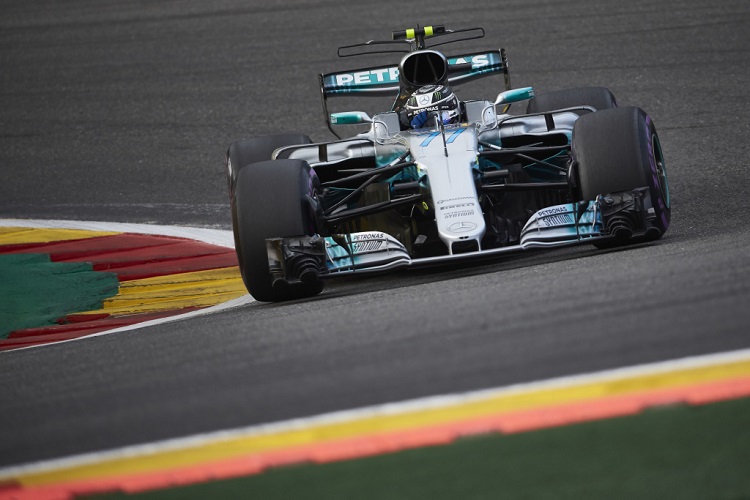 Pirelli are not concerned with the integrity of their tyres in Belgium - Credit: Steve Etherington

Pirelli Motorsport is unconcerned about the integrity of their tyres after overnight investigations were carried out about the vivid vibration effort that was caught on camera during qualifying for the Belgian Grand Prix.

But their are concerns in the paddock is that the vibrations, which only seem to occur in a couple of turns around the Spa-Francorchamps circuit and not around the whole track, could cause car failures during the race.

Red Bull Racing is one team that have requested to test their suspension overnight, with the team having requested permission to take their cars out of parc ferme to run ultrasonic crack tests.

Pirelli’s Head of Car Racing, Mario Isola, said there are no fears that the tyres themselves will fail, but investigations are ongoing to the reasons why the issues happen on the exits of turns one and nineteen.

“In all our investigations on the laboratories the tyres are OK,” said Isola to Motorsport.com. “Now we’re having a look in the data more in detail on this specific effect.

“What is important to understand how is this effect generated. We had the time to speak to the teams last night, but then they had to go, and we had some more information this morning.

“It looks like we have this vibration is just out of Turn 19 and Turn 1, so it is a specific point, it’s not on all the circuit. But because it is the first time we see it so clearly – and maybe also the slow motion images were announcing a little bit this effect – when we see this, we want to understand it.

Ricciardo: "I would say the best weekend so far as a whole"

Ferrari's Mattia Binotto: "Achieving that was our main aim for the weekend"

Charles Leclerc: "Fourth was the best we could achieve"

By Paolo Iantosca
3 Mins read
Charles Leclerc continued his fantastic start to the 2021 FIA Formula One World Championship season with a fourth-place finish at the Spanish Grand Prix.