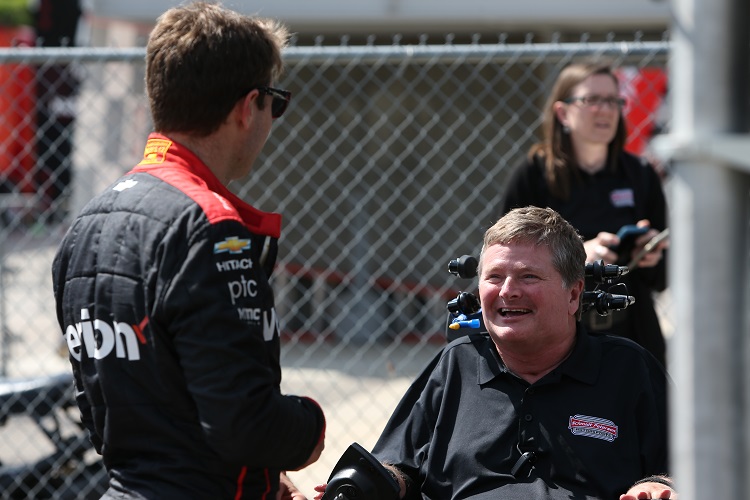 The thirty-eight-year-old has backing from Didier Calmals, owner of Calmals Sport, who is a longtime motorsport fan, and it means a second consecutive season where Schmidt Peterson Motorsports will field a third entry for a driver who has not been in a single seater for a number of years, having put Jay Howard in the #77 in 2017.

Gommendy, who returns to American open-wheel racing for the first time since competing in Champ Car back in 2007, has been plying his trade in the European Le Mans Series in recent years, and has twice finished on the podium in the 24 Hours of Le Mans, but will compete in his first Indy 500 next season.

“Competing in the Indianapolis 500 is a dream come true; it was a career goal when I was racing in Champ Car,” said Gommendy. “Even though I grew up driving open-wheel cars, everything is completely new when you get to Indy.

“The Speedway and this race demand a lot of respect. Racing at 230 mph with four 90° turns is far from the European motorsport culture.

“I know I’ll have to work very hard to get ready for next May. The first steps, including my first simulator test, went well, but much more work needs to be done.

“Everything so far has shown me that this partnership between Calmels Sport and SPM is extraordinary. In the United States, everything is possible … provided you earn your spot. It’s up to us to write a beautiful French story in Indiana!”

SPM Co-owner Sam Schmidt says both he and fellow co-owner Ric Peterson are delighted to announce Gommendy to the #77, and he has high hopes that he can come in and do a great job, much like Simon Pagenaud did when he raced for the team.

“Ric and I are pleased to announce this partnership with Didier Calmels,” said Schmidt. “Compared to him, we are relative newcomers to team ownership but have similar backgrounds of success in the business world.

“We look forward to learning a tremendous amount from Didier regarding the business of racing and his innovative approaches which have resulted in great success in European formulas.

“In addition, SPM has already shown results with French drivers such as Pagenaud and [Tristan] Vautier, so we look forward to having the talented and experienced Tristan Gommendy join our team for 2018. He has a similar background to Simon, so we have very high expectations.”