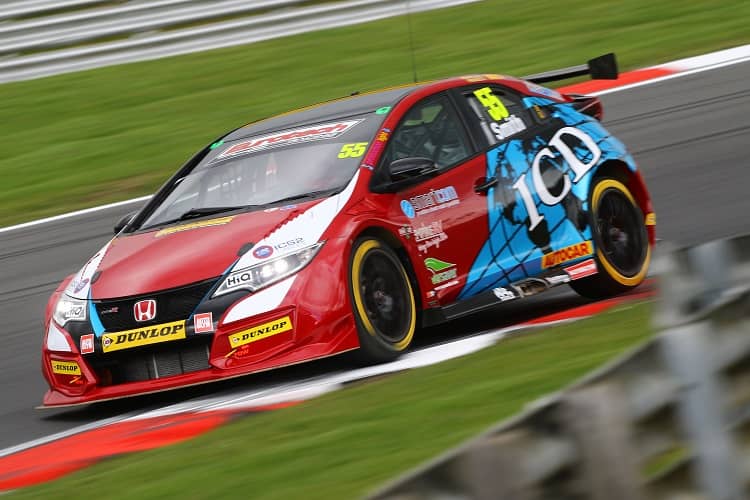 Eurotech’s Jeff Smith will be forced to miss the 2018 British Touring Car Championship as he recovers from an operation for injuries sustained in the Croft qualifying crash.

Smith was one of a number of drivers badly injured in the multi-car collision that took place during qualifying at Croft. As well as multiple broken ribs, Smith suffered extensive damage to his shoulder.

Recovery has involved multiple rounds of surgery, the most recent being an operation on his damaged nerves at the Royal National Orthopaedic Hospital.

Smith is expected to make a full recovery, but the recovery period rules him out of next season’s line up.

“When they operated, they discovered that the auxiliary nerved had been severed in the crash and had stopped feeding the deltoid muscle, which prevented it from regrowing,” Smith’s partner Jo Polley explained to Touring Car Times.

“The severed part has now been removed and Jeff has undergone what they call a triceps to auxillary nerve transfer, which should allow the deltoid to regrow and ultimately give Jeff full movement back.

“We’ve been told this will take about nine months to be fully working as the neurones regrow. Short term, he will be in a sling for the next six weeks and will have to undergo more physio whilst, longer term, there will be no racing next season.

“However, he should eventually make a complete recovery.”

Eurotech is yet to announce any drivers for its 2018 campaign. Last year, Smith’s son Brett Smith replaced him for the second half of the season. During the season, the younger Smith said he was hoping to remain in the BTCC for 2018.