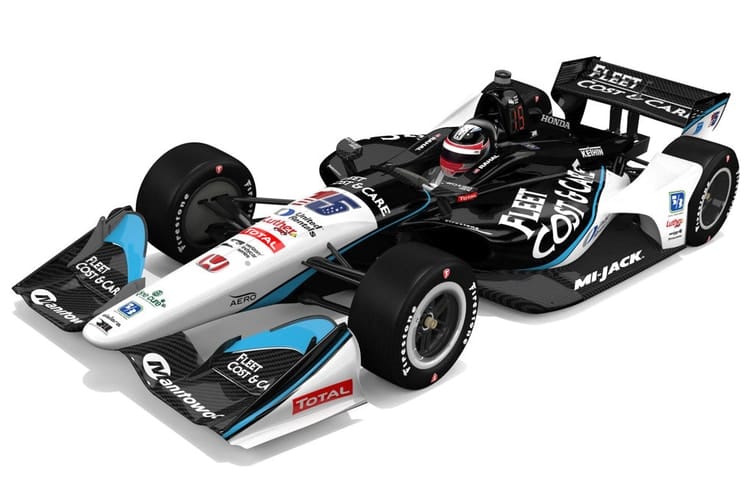 Rahal Letterman Lanigan Racing has today confirmed that they have expanded their partnership with their sponsors Fleet Cost & Care ahead of the 2018 Verizon IndyCar Series.  The company will become a full-time associate sponsor of the team, whilst also making their first appearance as a full-on primary sponsor of Graham Rahal‘s #15 Honda at Texas Motor Speedway.

The team revealed a digital render of their #15 Fleet Cost & Care Honda alongside their announcement today. The team’s co-owner, Bobby Rahal, said in a statement today that he was ‘proud’ to be continuing the team’s relationship with the company.

“The expanding commitment that the men and women of Fleet Cost & Care are giving RLL is tremendous,” said Rahal in a statement by the team today,

“Just as their software helps companies save time, ensure safety, improve data accuracy, and just work smarter, their support of our program allows us to compete at the highest levels with the ultimate goal of winning the championship.  We are proud of our Fleet Cost & Care partnership and look forward to growing our business together for years to come.”

Fleet Cost & Care provide management software for construction companies across the east coast of the United States. The company first came on board with Rahal Letterman Lanigan Racing as an affiliate sponsor for the 2016 Verizon IndyCar Series. In 2017, the company logo was a reoccurring feature of Graham Rahal’s #15 Honda livery, appearing on the cat for the races at St. Petersburg, Long Beach, the Indianapolis road course, Detroit, Road America, Mid-Ohio and Sonoma.

This year, Fleet Cost & Care will be an affiliate sponsor for the full seventeen race season, whilst also becoming a primary sponsor for the first time in their history for the ninth round of the season at Texas Motor Speedway.

“As Fleet Cost & Care celebrates our 25th anniversary we could not be more excited to grow our relationship with Rahal Letterman Lanigan Racing,” added Fleet Cost & Care President, Jeff Curran. “Being a sponsor of a team with the history of success and professionalism that RLL enjoys gives us great pride. We are looking forward to a great 2018 season and many more to come.”

Just a handful of weeks remain until this year’s Verizon IndyCar Series kicks off. The Grand Prix of St. Petersburg takes place on March 11. In the meantime, the teams and drivers of the season will continue to conduct pre-season testing as they prepare for the 2018 championship.