The event was action packed throughout, with the lead changing hands several times and it was former WRC driver Nasser Al-Attiyah who looked set to take the win after the penultimate stage after finishing the stage 20.6s ahead of leader at the time Galatariotis.

But it would be heartbreak for Al-Attiyah, winner of the same event 12 months ago, as the Qatar driver suffered a puncture on the final stage and he ended up limping his Ford Fiesta R5 over the finish line, losing over three minutes as a result and only salvaging fourth overall. 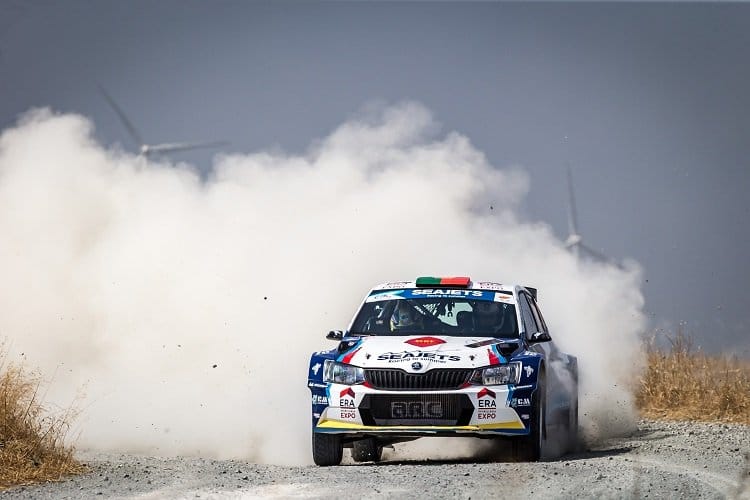 Winner of round three Magalhães, despite taking the championship lead after title rival Alexey Lukyanuk who crashed out from the lead on stage four, would be left wondering what might have been if he hadn’t took a calm approach on the final run and choosing to ensure a strong points haul instead as he finished tantalisingly close to Galatariotis.

Behind the close battle for the win was Hungarian Norbert Herczig who finished third for the second event in a row after the issues for some of the drivers who were ahead of him earlier in the rally. He finished over a minute behind Galatariotis and Magalhães. Turkish driver Orhan Avcioglu rounded out the top five overall.

Petros Panteli was another driver to take a class win on his home event, with the Mitsubishi Evo X driver winning the ERC2 class ahead of fellow Cypriot Michalis Posedias by 33.8s.

The lead in the class changed overnight on Saturday as another driver from Cyprus, Panikos Polykarpou was given a 20s time penalty for leaving the service area late. This gave Posedias a 0.2s lead going into Sunday’s stages and when bidding to retake the lead, Polykarpou suffered a puncture on stage seven, costing him over five minutes in lost time. Argentine Juan Carlos Alonso rounded out the top three in the class. 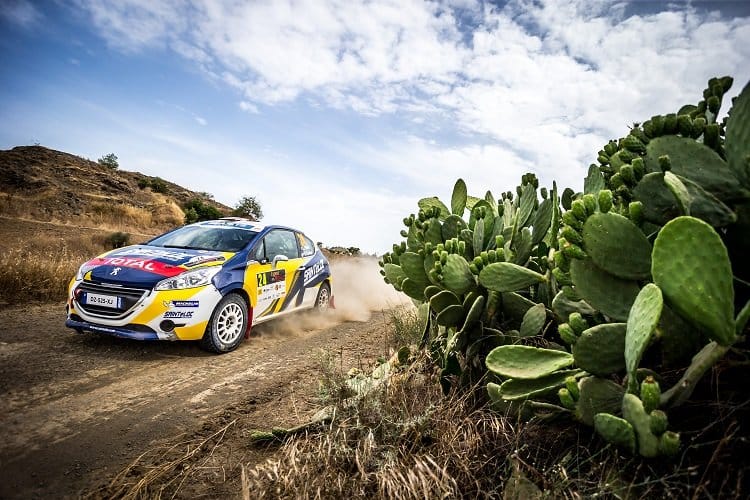 With the ERC Junior Under 27 and Under 28 classes again not taking part this weekend, it gave Saintéloc Junior Team driver Laurent Pellier the chance to switch from his usual Peugeot 208 T16 machine to a R2 Spec 208 for the event in Greece and he dominated, winning the class by over 13 minutes. Emma Falcón’s stage eight win prevented him from taking the victory on every stage across the weekend.

Round five of the 2018 FIA European Rally Championship is the Rally di Roma Capitale which takes place between July 20-22.